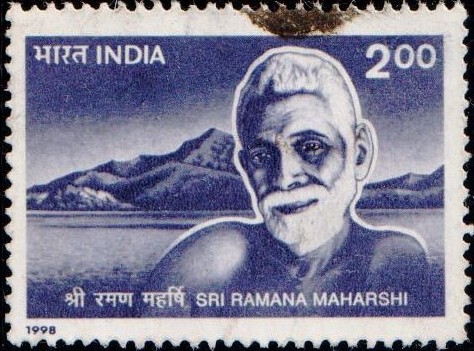 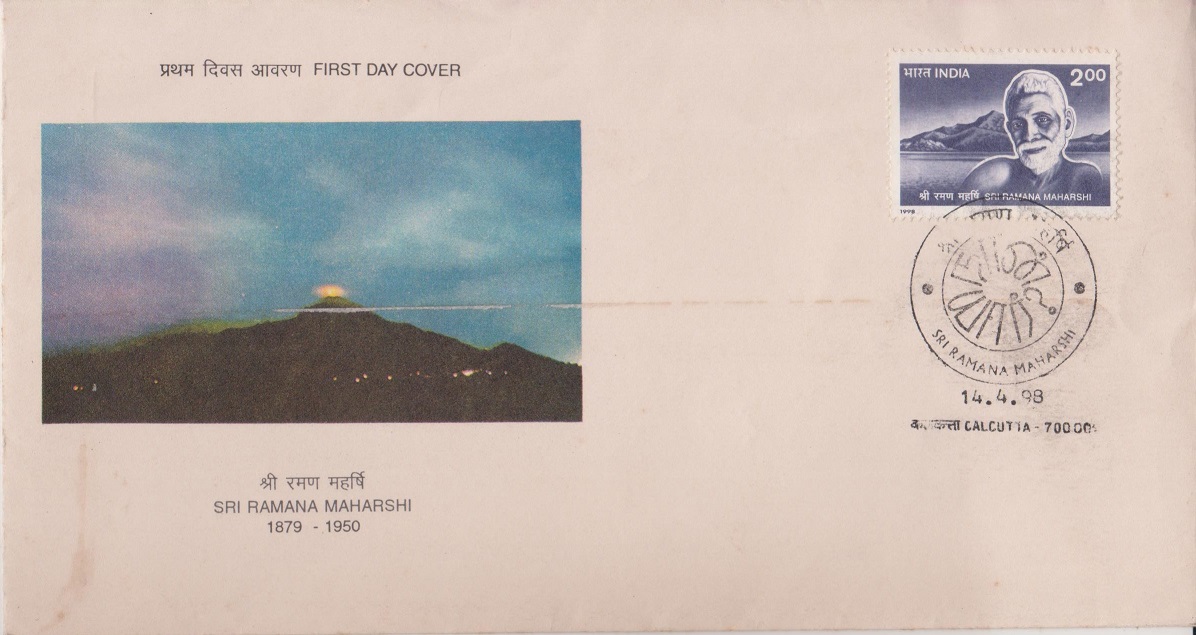 Issued for : The Department of Post is privileged to issue a commemorative stamp on Sri Ramana Maharshi.

Design : The stamp depicts the Maharshi against Arunachala, where he remained till he shed his mortal soil on 14th April 1950. The first day cover also depicts Arunachala, termed by the Maharshi, the spiritual centre of the world.