A commemorative postage stamp on 125 years of Arya Samaj, a Vedic religion reform movement and its founder, Swami Dayananda Saraswati, first to give call for Swaraj (India for Indians) in 1876 (later taken up by Bal Gangadhar Tilak) : 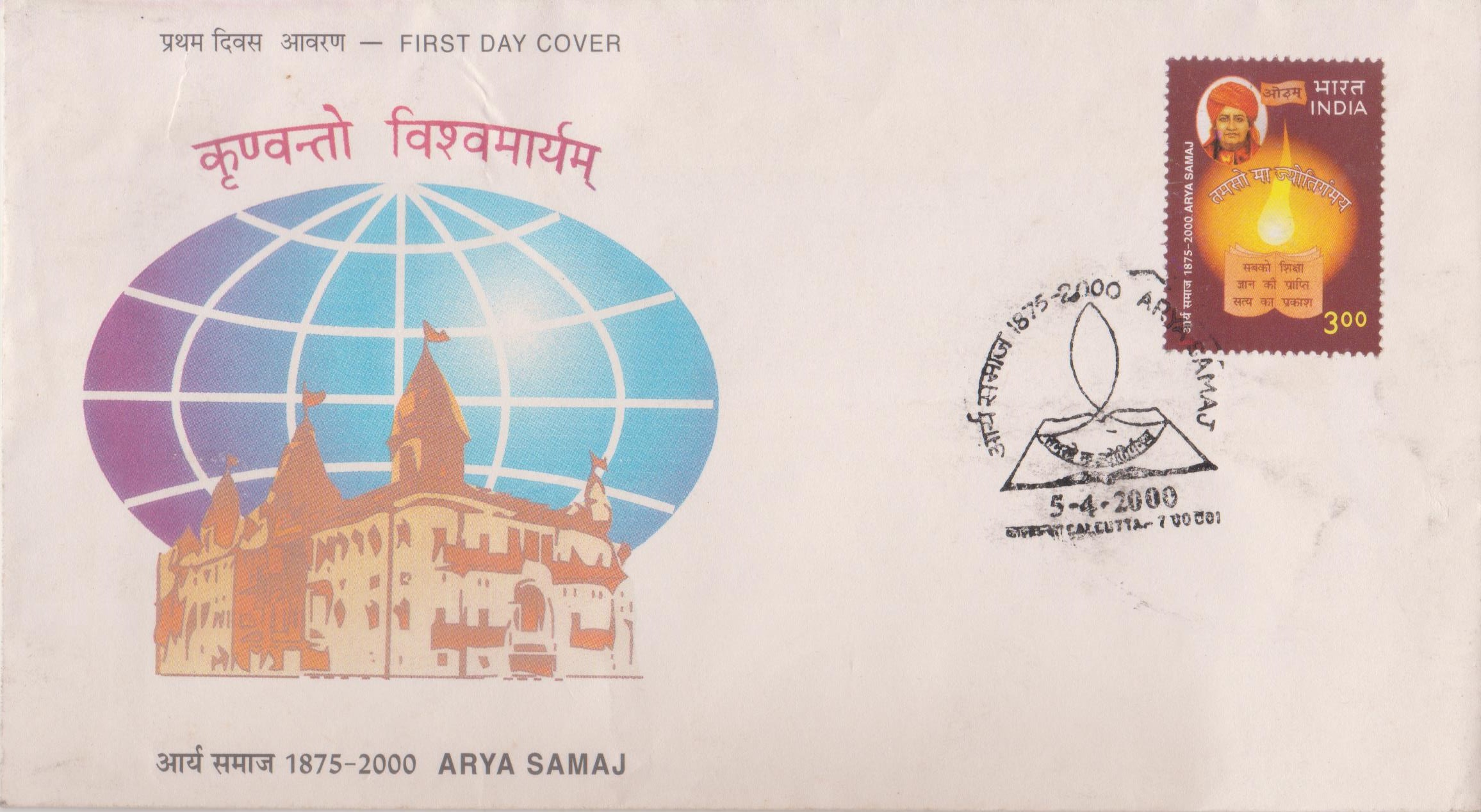 Issued for : The Department of Posts is issuing this commemorative stamp in honour of the invaluable services rendered to humanity by the Arya Samaj.

Design : Today the Arya Samaj organization is active all over the world. The stamp design portrays the work done by the Arya Samaj, spreading the light of knowledge and truth, and carries the Sanskrit invocation “तमसो मा ज्योतिर्गमय” – From the darkness lead us to the light. It also commemorates Maharshi Dayananda Saraswati, the founder. The first day cover portrays the goal of the organization “कृण्वन्तो विश्वमार्यम्” – Let us make the whole world noble.