A commemorative postage stamp on the birth centenary of Guglielmo Marconi, 1st Marquis of Marconi, an Italian inventor and electrical engineer, known for his work on long-distance radio transmission and radio telegraph system, received Nobel Prize for Physics in 1909 : 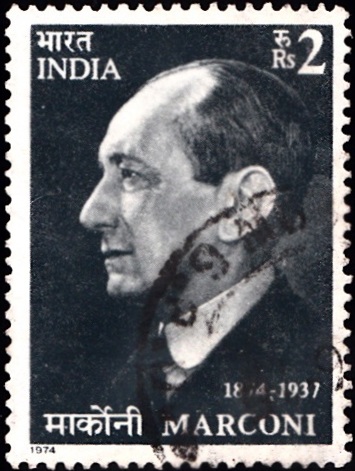 Issued for : The Indian P & T Department deems it a great privilege to bring out a commemorative stamp in honour of this great Italian scientist whose epoch-making invention has revolutionised the world of communications.

Description of Design : The design of the stamp is vertical and depicts the portrait of Marconi.