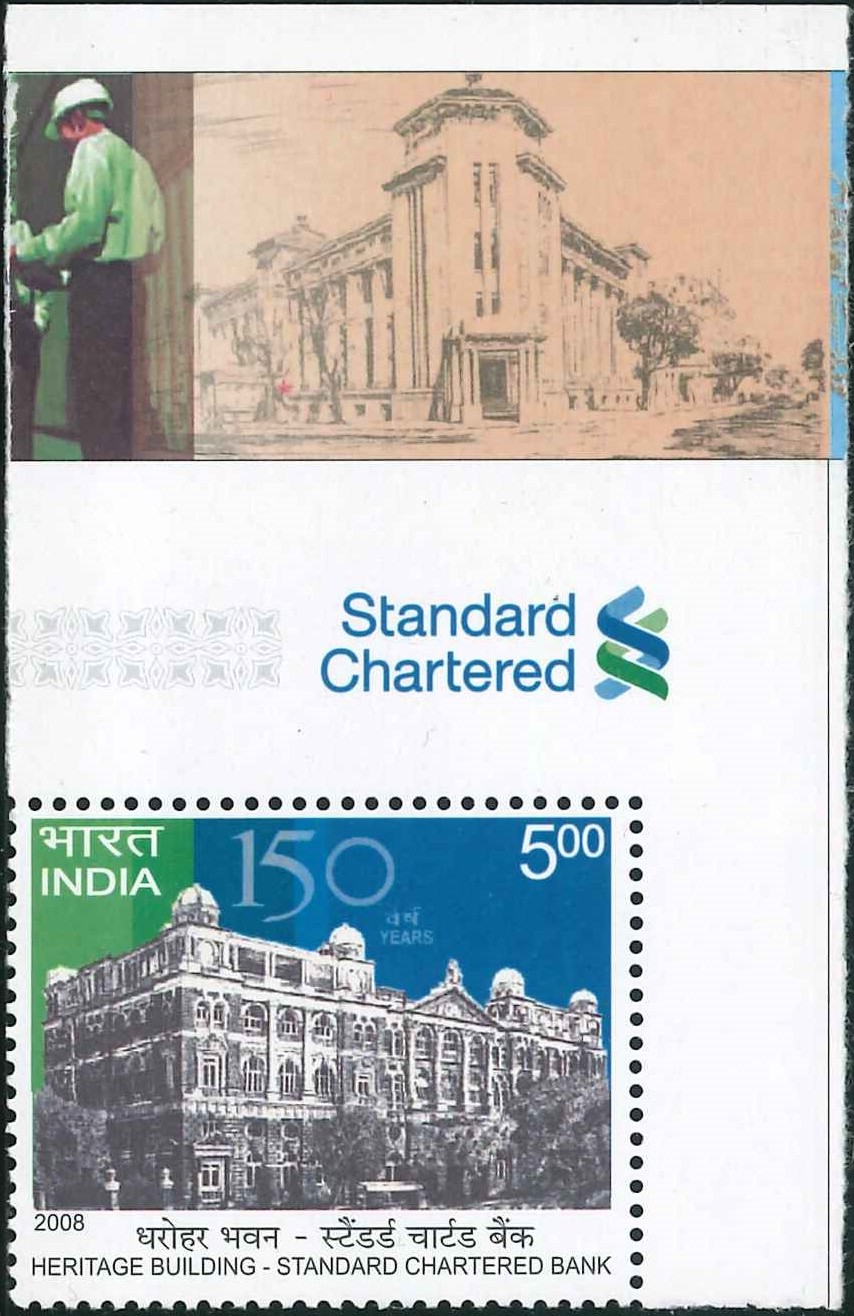 Issued for : The Department of Post is happy to issue a commemorative Postage Stamp on Dharohar Bhawan – Standard Chartered Bank.