A commemorative postage stamp on the 125th Anniversary of Allahabad Bank, A Govt. of India undertaking : 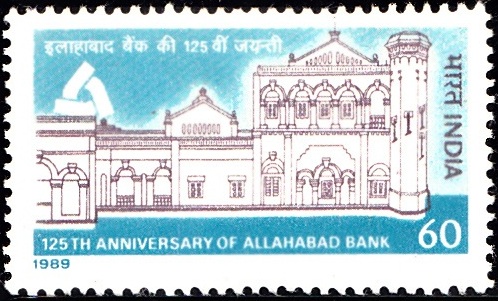 Description of Designs : The stamp depicts the Bank’s first building at Allahabad based on designs provided by the Bank. The First Day Cover shows the logo used by the Bank to commemorate completion of its 125 years of existence. The cancellation is designed by Mrs. Alka Sharma.