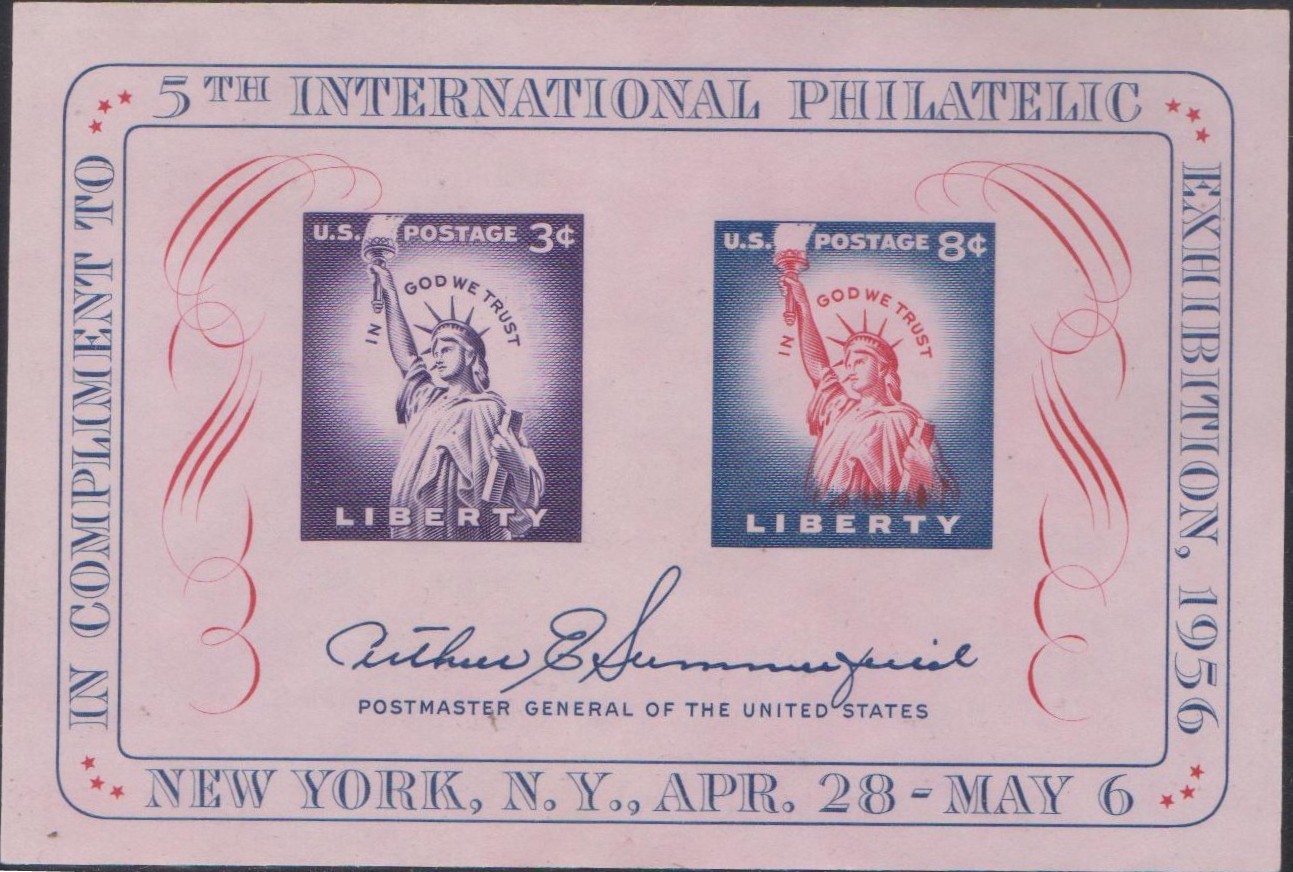 Issued for : This Special Collector stamp sheet honoring the Fifth International Philatelic Exhibition (FIPEX) was issued April 28, 1956 in New York, New York. The date marked the opening of the exhibition, which ran through May 6 in the New York Coliseum. Featured on the sheet are enlarged versions of the 3¢ and 8¢ Statue of Liberty stamps.