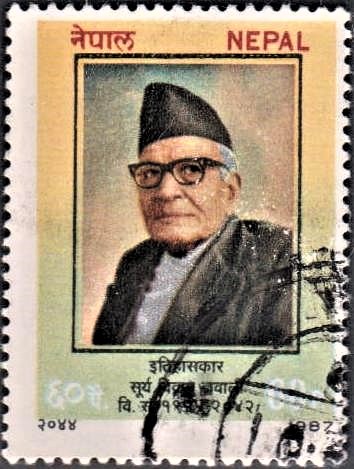 Design : In the present postage stamp brought out in commemoration of Surya Bikram Gyawali, who served for five years as the Chancellor of Royal Nepal Academy and remained a lifelong member of the Academy, his portrait has been depicted.