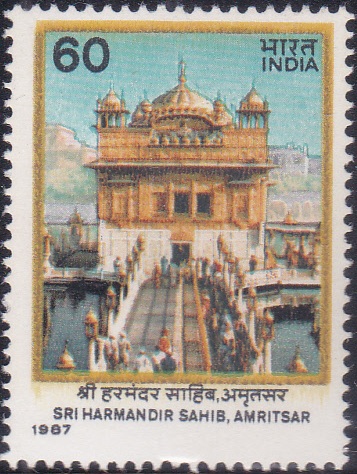 Issued for : The Department of Posts is privileged to issue a stamp on Sri Harmandir Sahib, which is now 400 years old.

Description of Design : This 60 p. stamp has been designed by India Security Press, Nashik Road. The first day cover has been designed by Sri Pulak Biswas and the cancellation by Smt. Alka Sharma. The material for preparing all the designs have been given by Shri Surinderjit Singh Uppal.