A commemorative postage stamp on Ramananda, a 14th century Vaishnava poet-saint, founder of the Ramanandi Sampradaya : 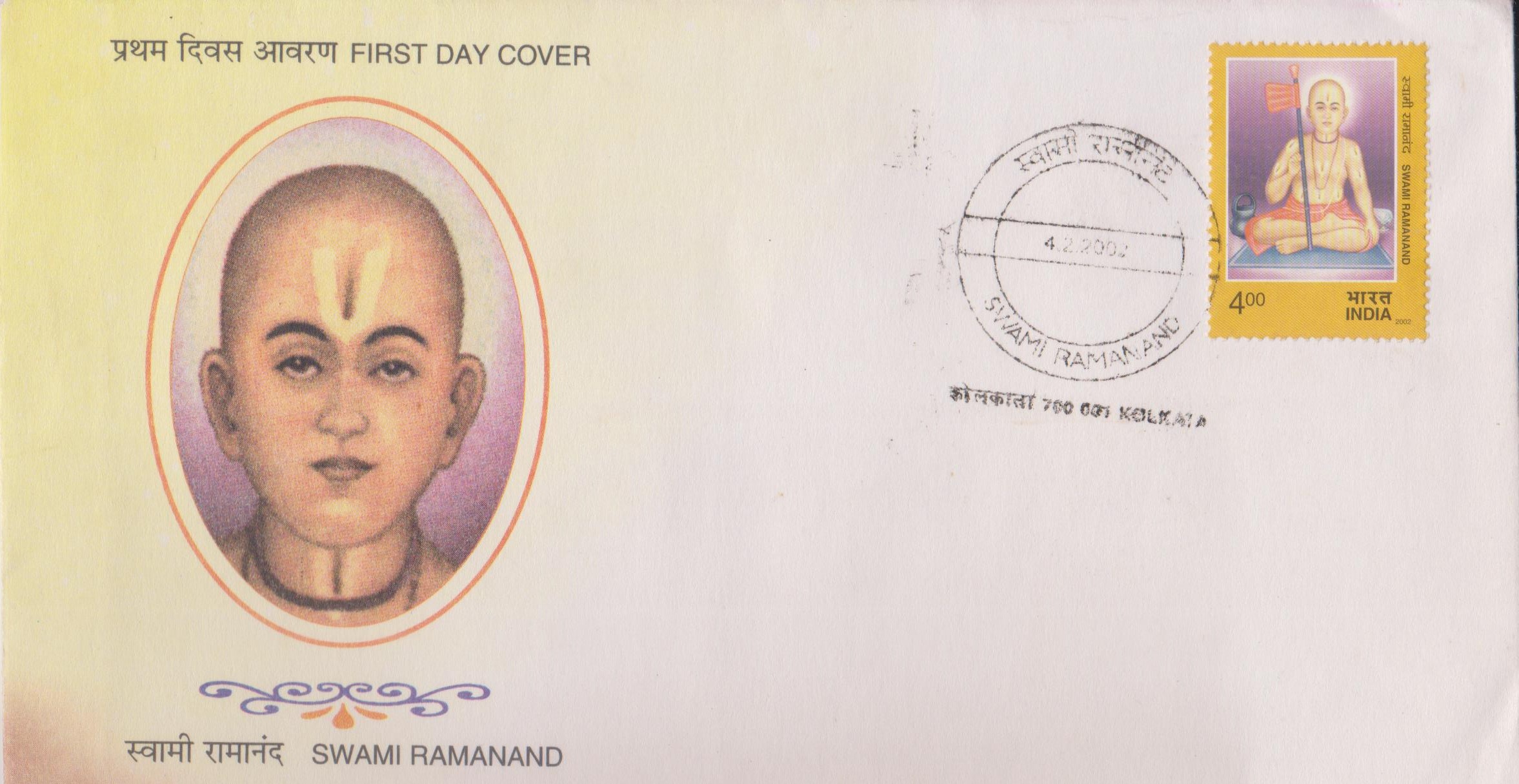 Issued for : The Department of Posts is happy to issue a postage stamp on Swami Ramanand.

Credits :
Stamp : Based on the material supplied by the sponsors.
FDC & Cancellation : Alka Sharma