A commemorative postage stamp on the Bicentenary of the Ordnance Factories Board (OFB), functioned under Department of Defence Production, Ministry of Defence, Government of India (1802-2002) : 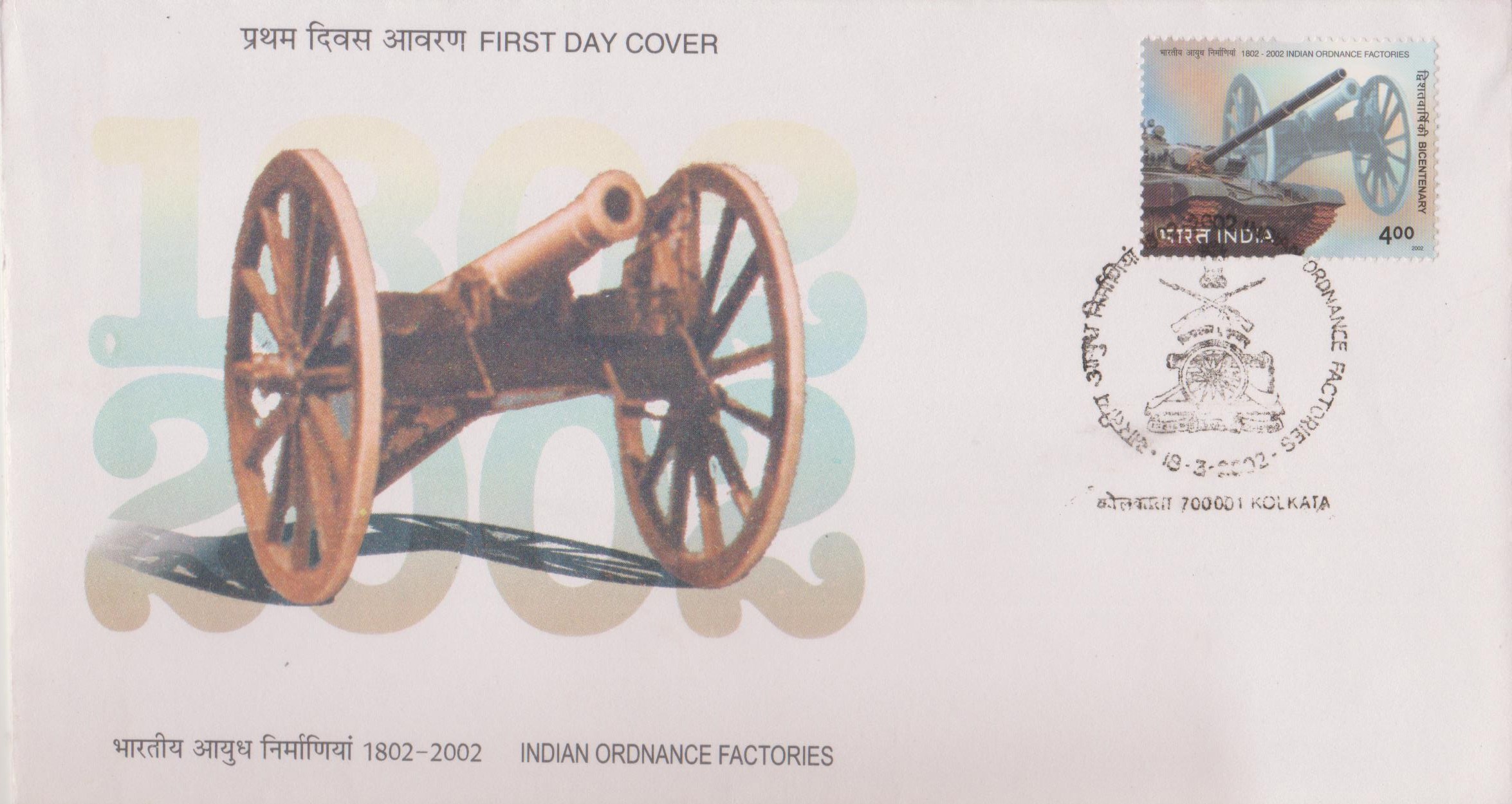 Issued for : The Department of Posts is happy to issue a postage stamp on the occasion of the 200th anniversary of Indian Ordnance Factories Organisation.

Design : The stamp design shows Tank Ajeya, one among the latest products of IOFs in the foreground, with a gun carriage from the olden days in the background.