A commemorative postage stamp on TS Narayanaswamy, an Indian industrialist from Tamil Nadu, one of the founders of India Cements : 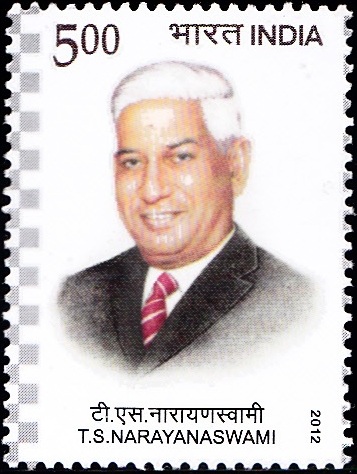