A Souvenir Sheet consisting of 1 no of commemorative postage stamp on the Qutub Minar & Tokyo Tower : 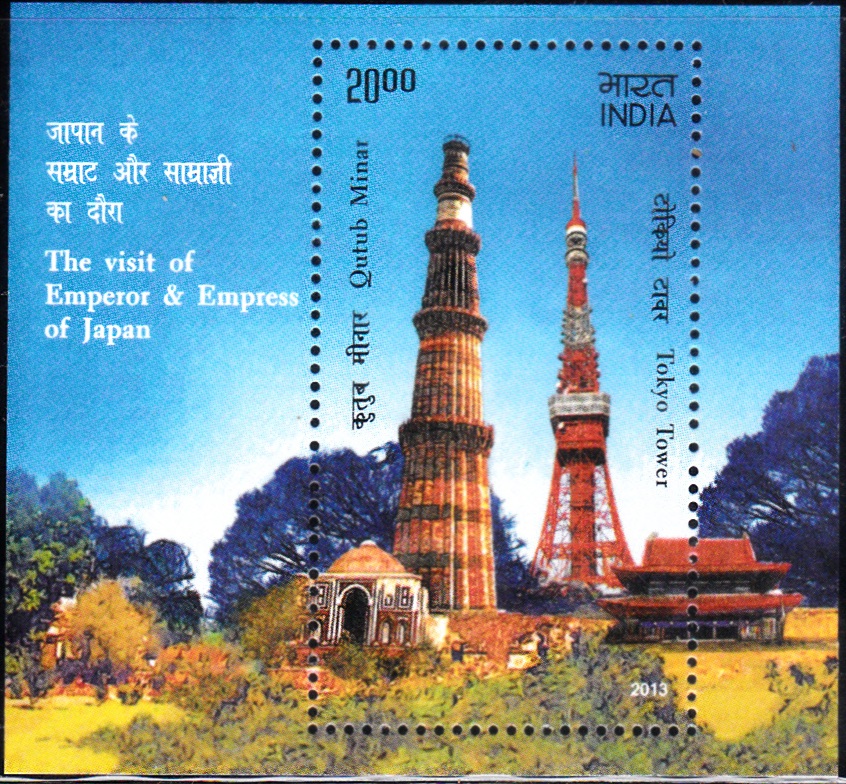 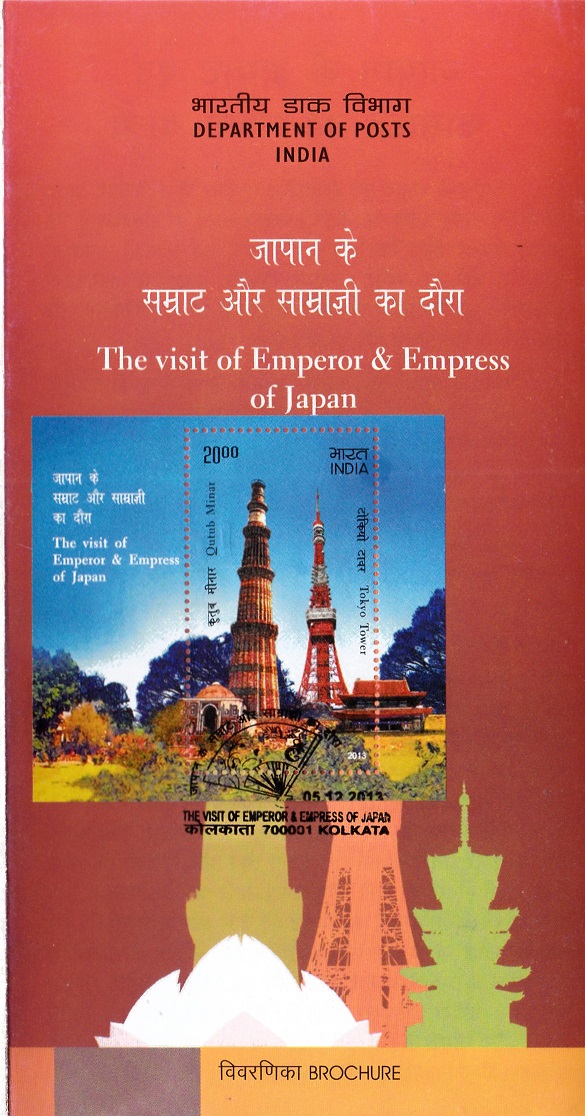 Issued for : Department of Posts is happy to release a Souvenir Sheet on ‘the Visit of Emperor & Empress of Japan‘.