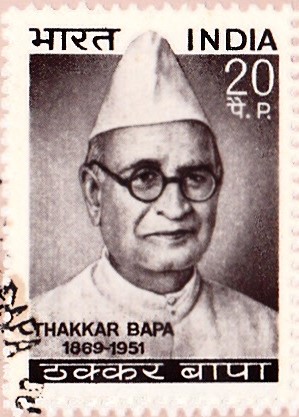 Issued for : The Posts and Telegraphs Department feels proud in bringing out a special stamp on the Birth Centenary of this great servant of Society which falls on 29th November, 1969.

Description of Design : The design of the stamp is vertical and depicts a portrait of Thakkar Bapa.