A commemorative postage stamp on the Centenary of the Discovery of X–rays / Röntgen rays by Wilhelm Röntgen, a German mechanical engineer and physicist : 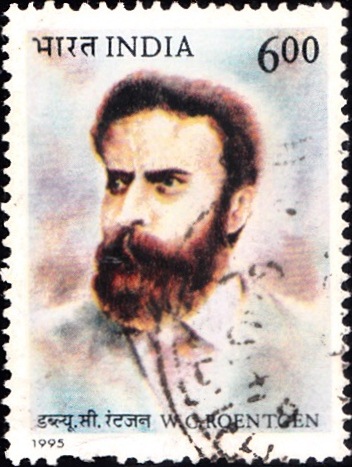 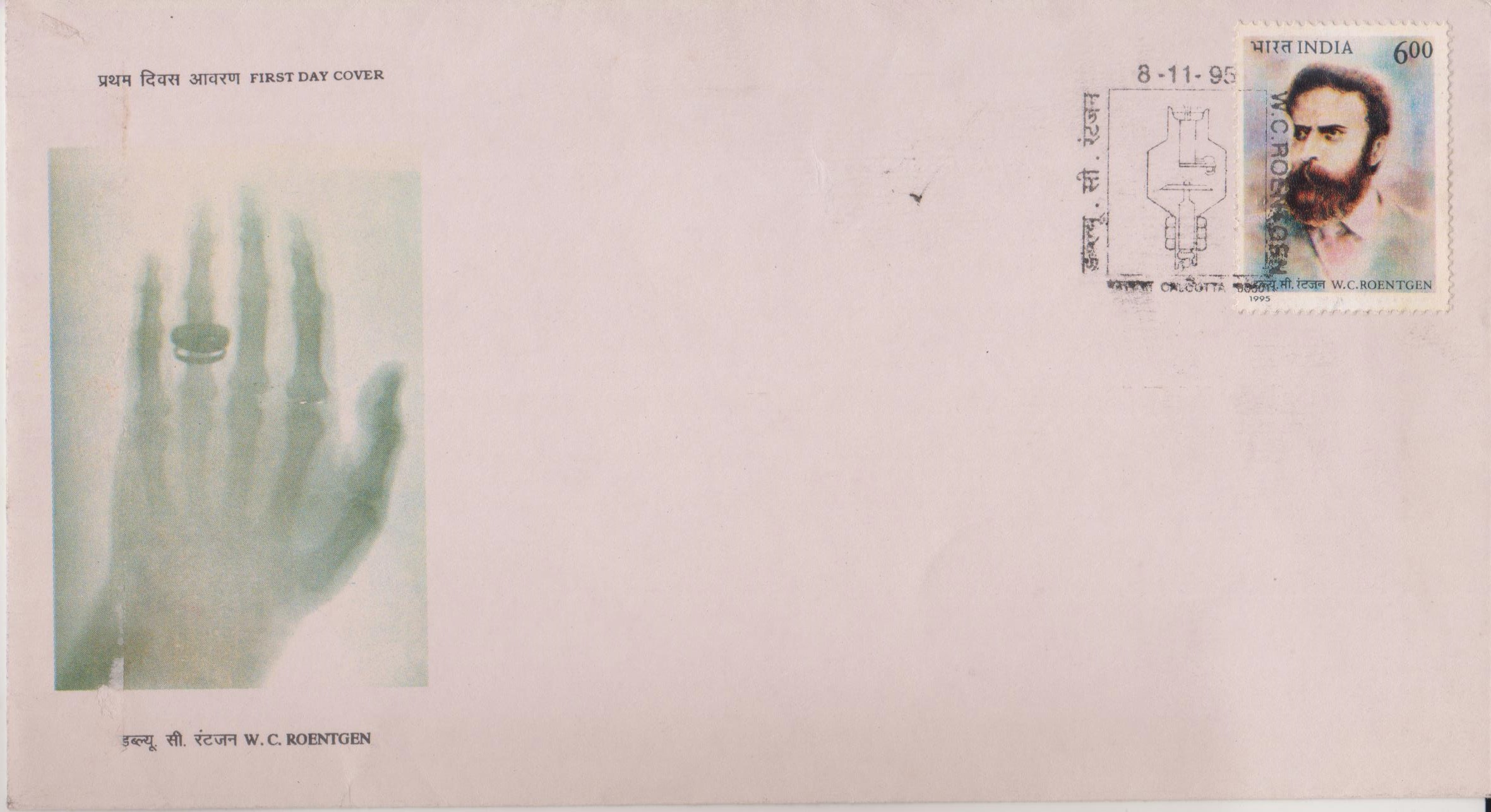 Issued for : The Department of Post today issues a stamp in honour of Roentgen to commemorate the 100th years of his discovery. The FDC shows the world’s first – “official” X-Ray taken by Roentgen.