A definitive postage stamp on the Centenary of Special Theory of Relativity, Photoelectric Effect and Brownian Motion – publications done by Albert Einstein : 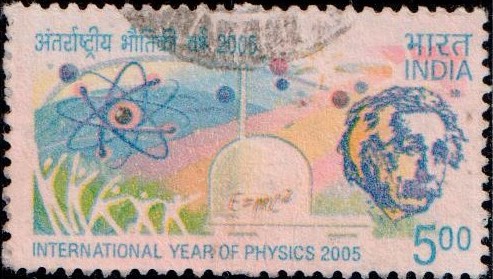 Issued for : Department of Posts is happy to issue a definitive stamp on International Year of Physics under the 9th Definitive Series.