A Miniature Sheet consisting of 4 nos. of commemorative postage stamp on the Women Empowerment : 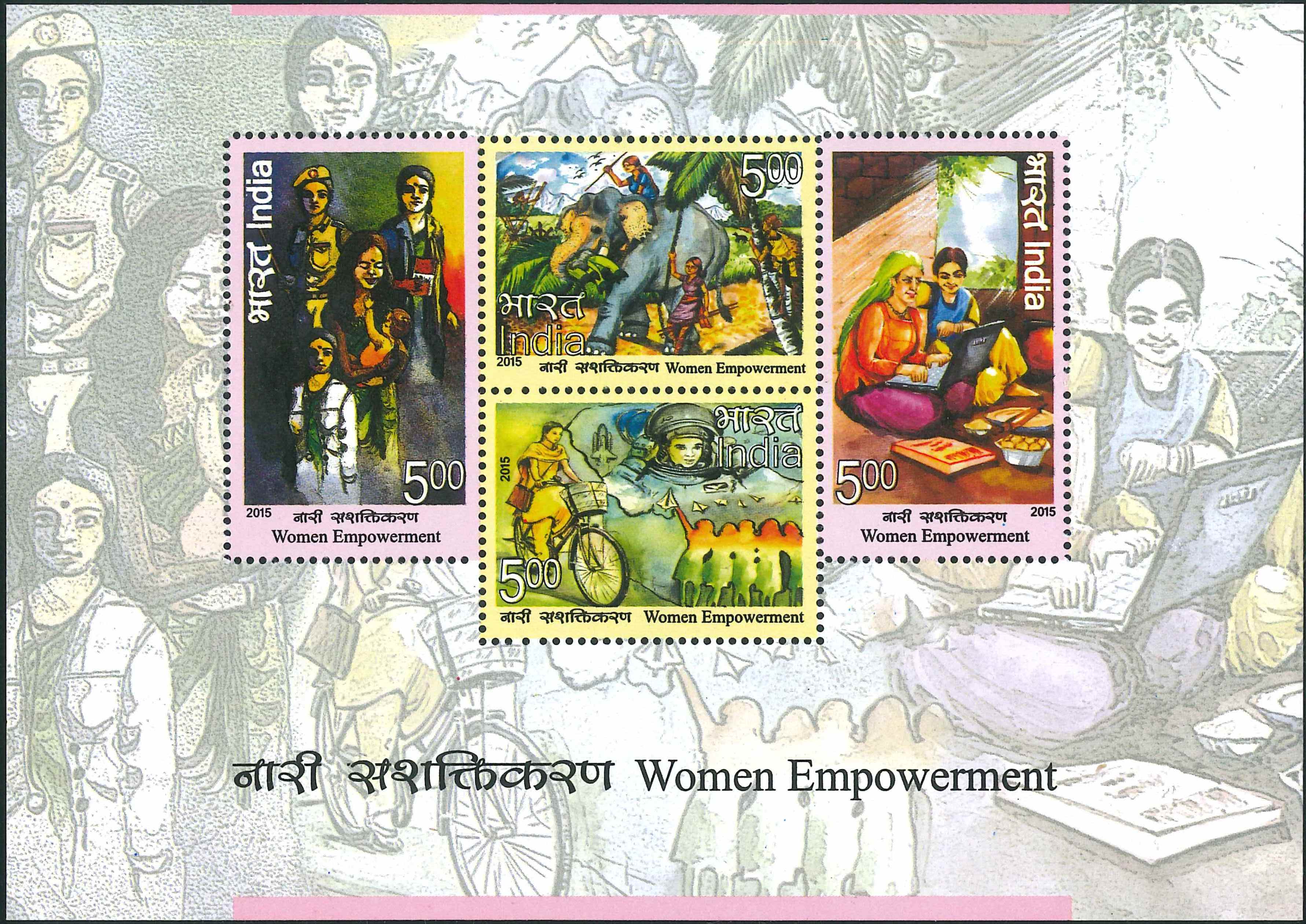 Issued for : The Department of Posts organized a nation-wide competition inviting entries for the designs of commemorative postage stamps on the theme “Women Empowerment”. Based on selected entries a set of four stamps and a miniature sheet on the theme are being released.