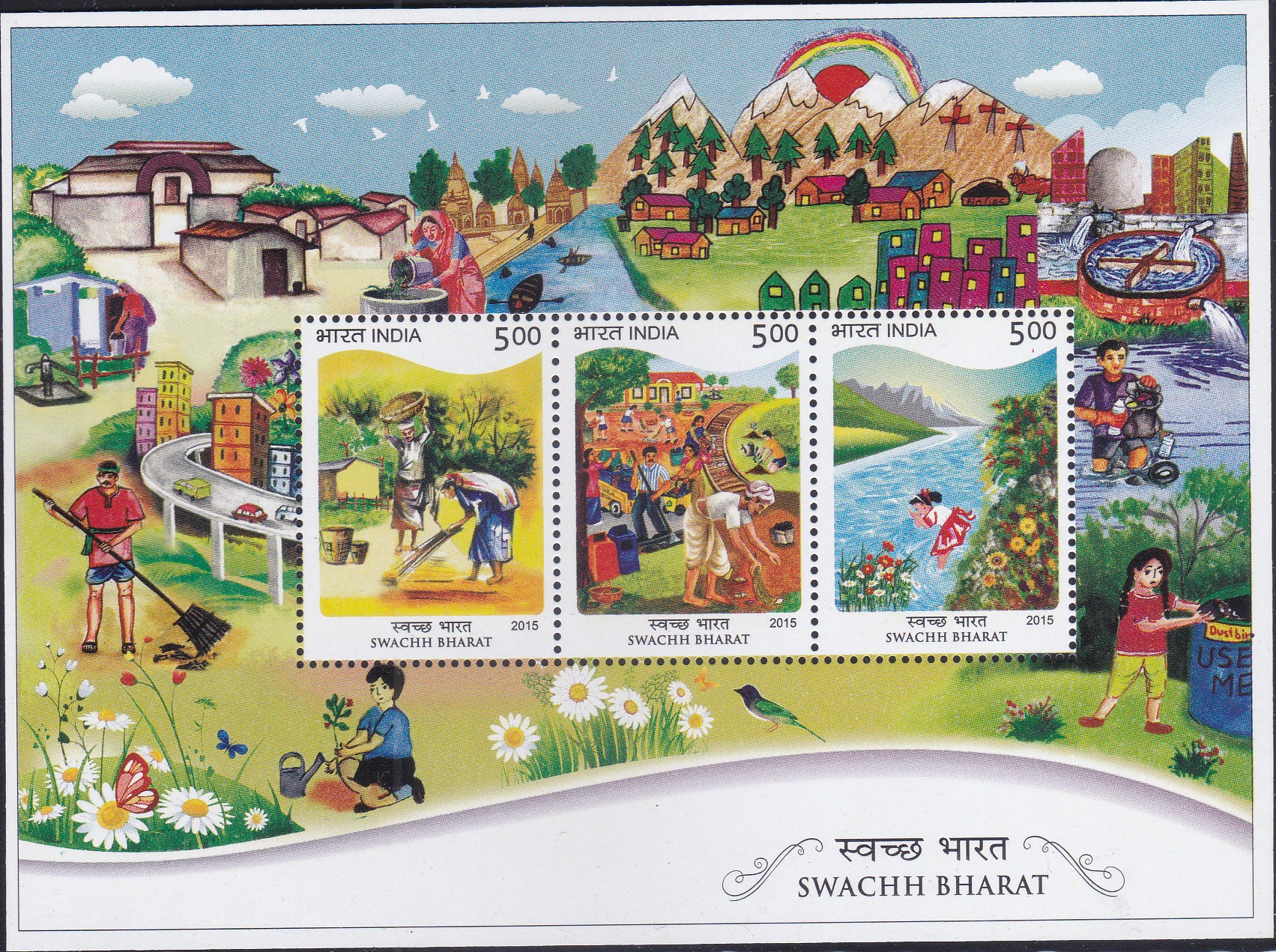 Issued for : Department of Posts is pleased to release a set of 3 Commemorative Postage Stamps on ‘SWACHH BHARAT’ on the occasion of martyrdom day of Mahatma Gandhi on 30th January 2015.

Design : The Department of Posts organised an All India stamp design competition on the theme Clean India. The designs for the three stamps and the miniature sheet, the First Day Cover, and the Brochure on the theme Swachh Bharat have been based on the shortlisted entries. Three best entries were also awarded prizes.