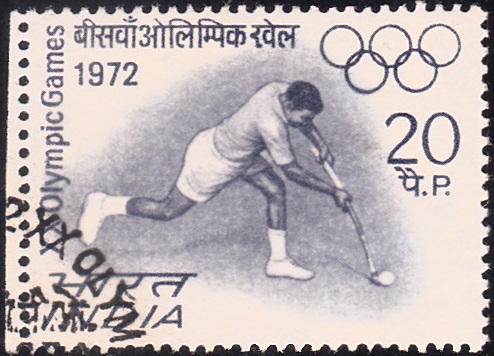 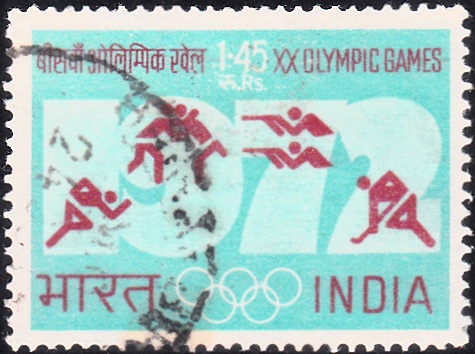 Issued for : The Indian Posts and Telegraphs Department is celebrating India‘s participation in this year’s Olympic Games by issuing two special postage stamps in the denominations of 20 paise and Rs. 1.45 on the 10th August, 1972.

Description of Designs : The 20 Paise stamp depicts a hockey player in action and the Rs. 1.45 stamp shows symbolically running, wrestling, shooting and hockey playing with the figure 1972 in the background. The symbol of the Olympic Games has also been incorporated in both the stamps.