A Miniature Sheet consisting of 2 nos. of postage stamp on the India–France Relationships : symbols of two countries : Rooster and Peacock : 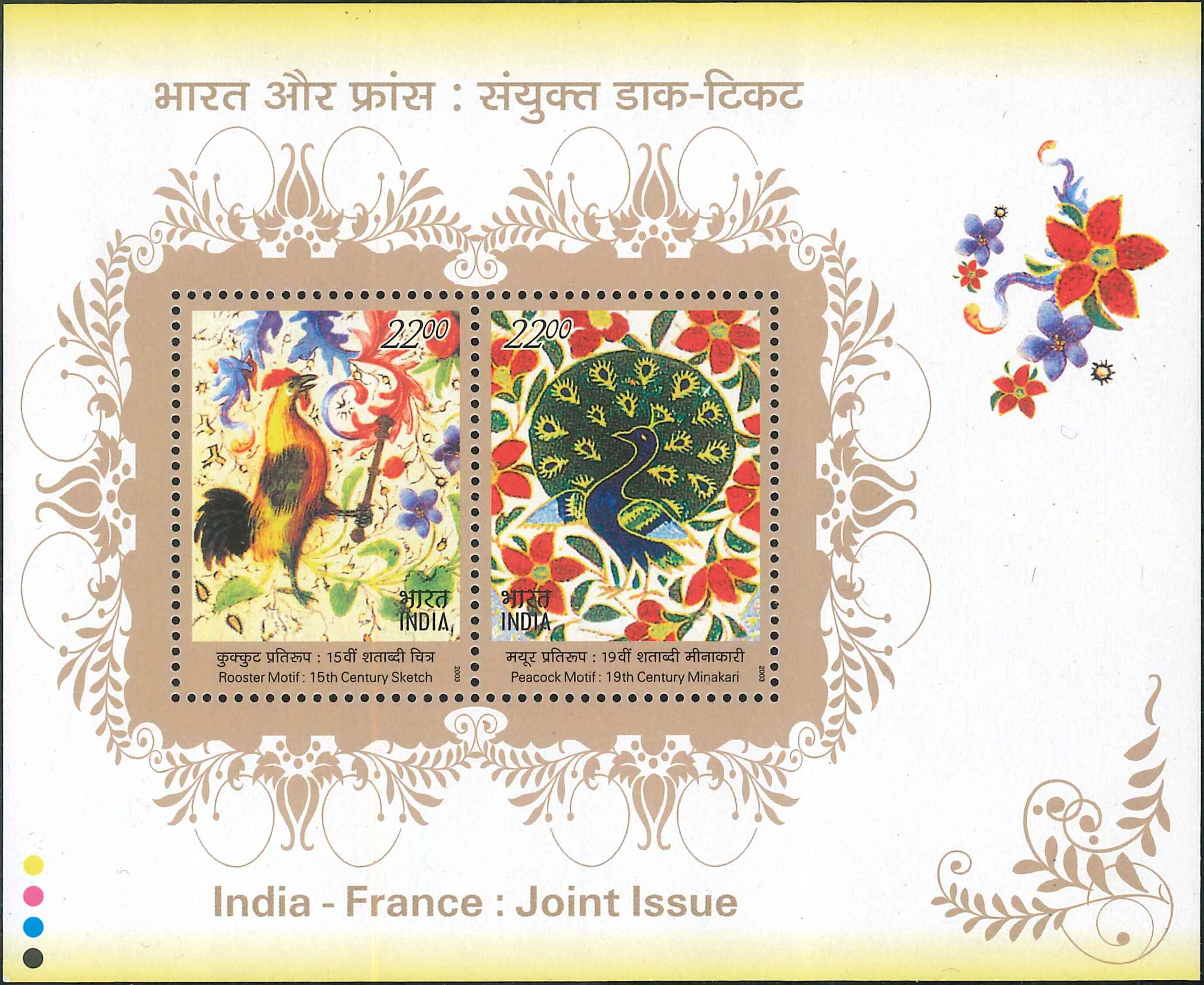 Issued for : The Department of Posts is proud of the robust, multi-dimensional bilateral relations between India and France. It commemorates the warm & friendly diplomatic ties with the issue of this set of two stamps.