A commemorative postage stamp on 200 years of the 4th Battalion of the Maratha Light Infantry : 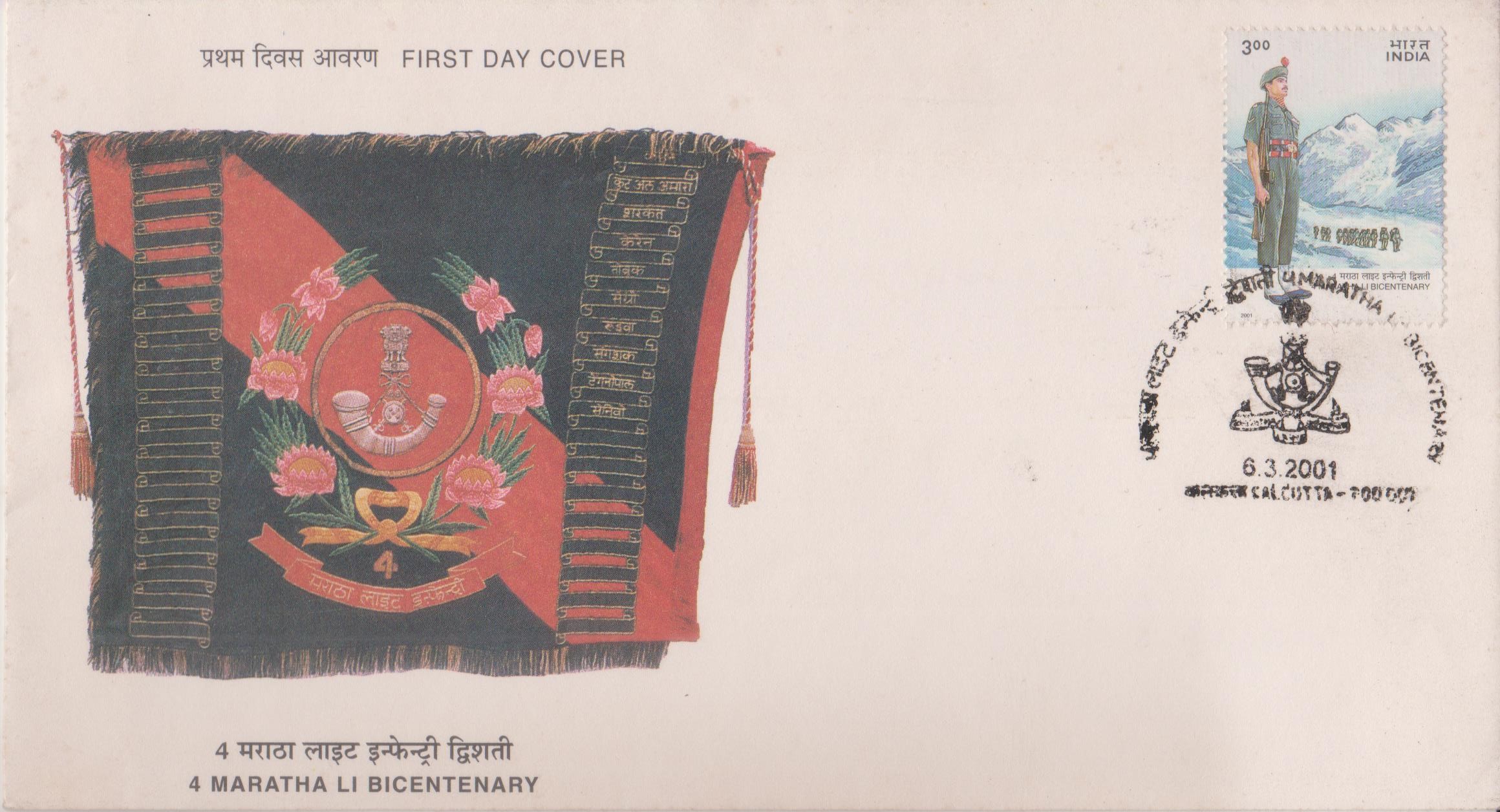 Issued for : The Department of Posts is proud to issue a postage stamp in honour of the 4 Maratha LI, whose fighting spirit, unflinching patriotism and ability to adjust to the most hazardous of terrains have brought laurels to the Indian Army.

Design : The First Day Cover depicts the colours of 4 Maratha Li, representing the glorious services rendered by the battalion to the nation.