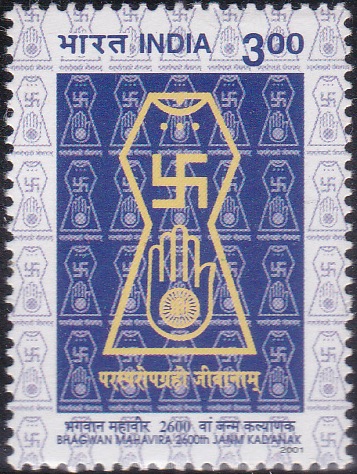 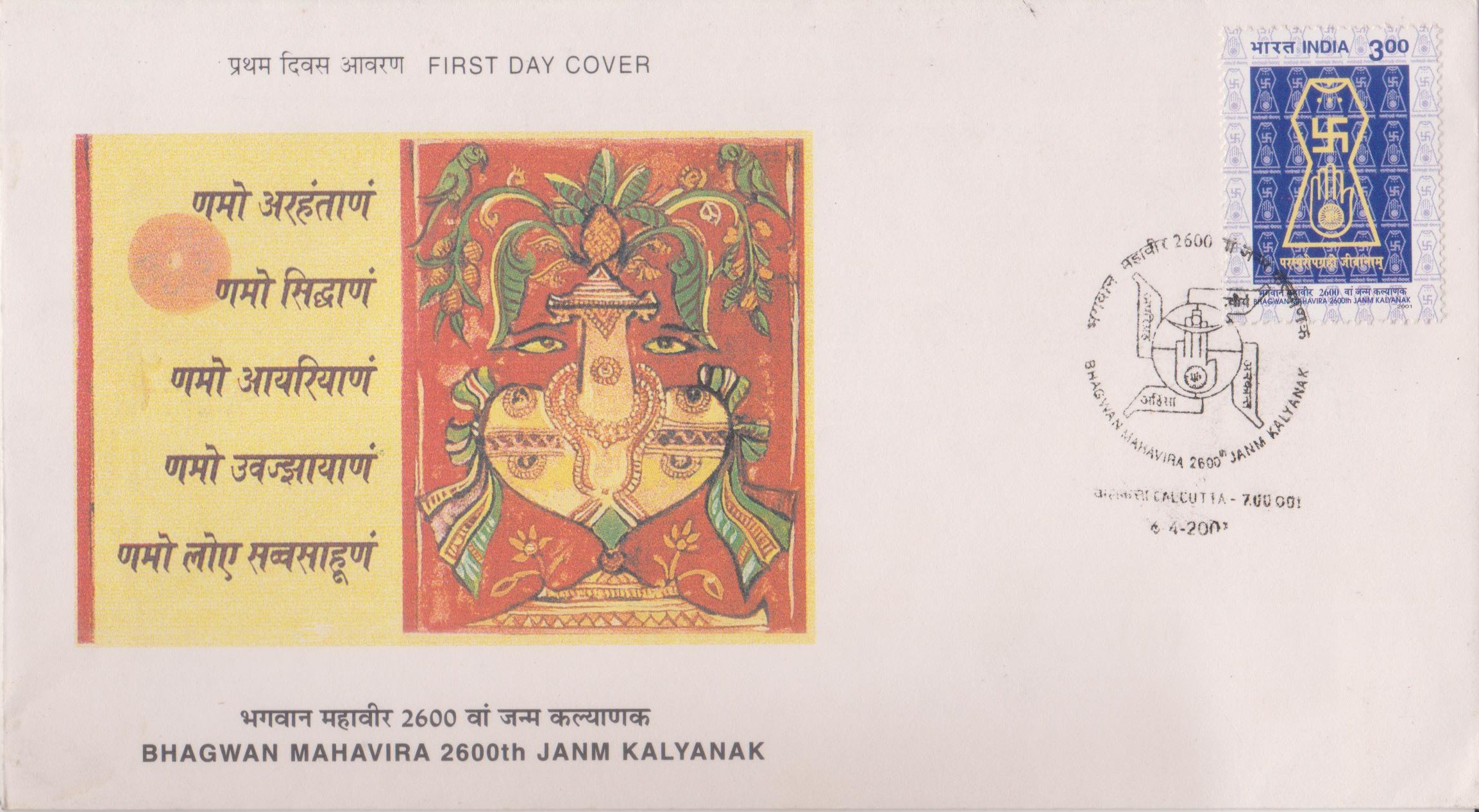 Issued for : The Department of Posts is privileged to pay homage to Bhagwan Mahavira by issuing a postage stamp to mark the celebrations of his 2600th birth anniversary. The stamp portrays a composite symbol summarising much of Jain teaching.