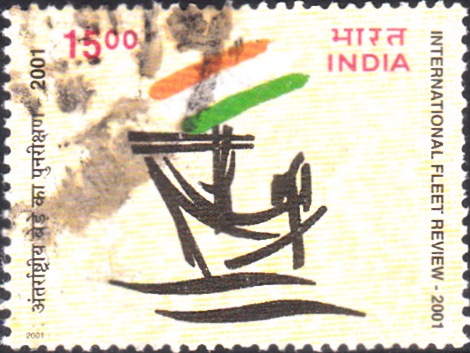 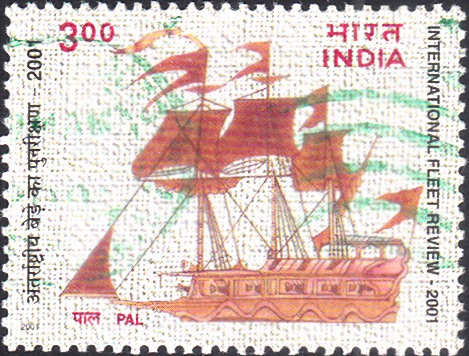 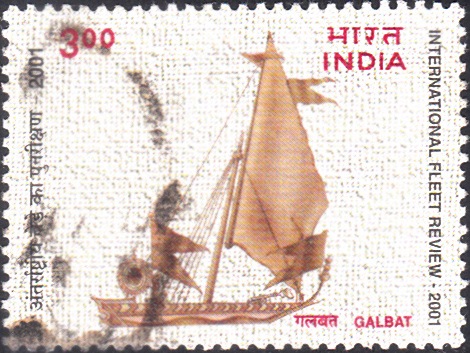 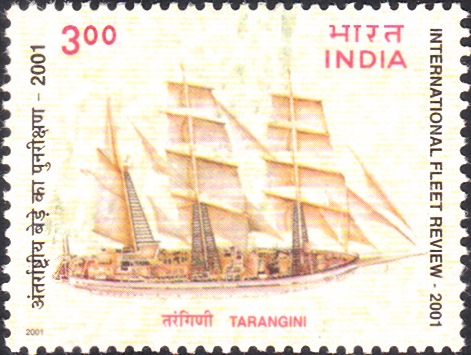 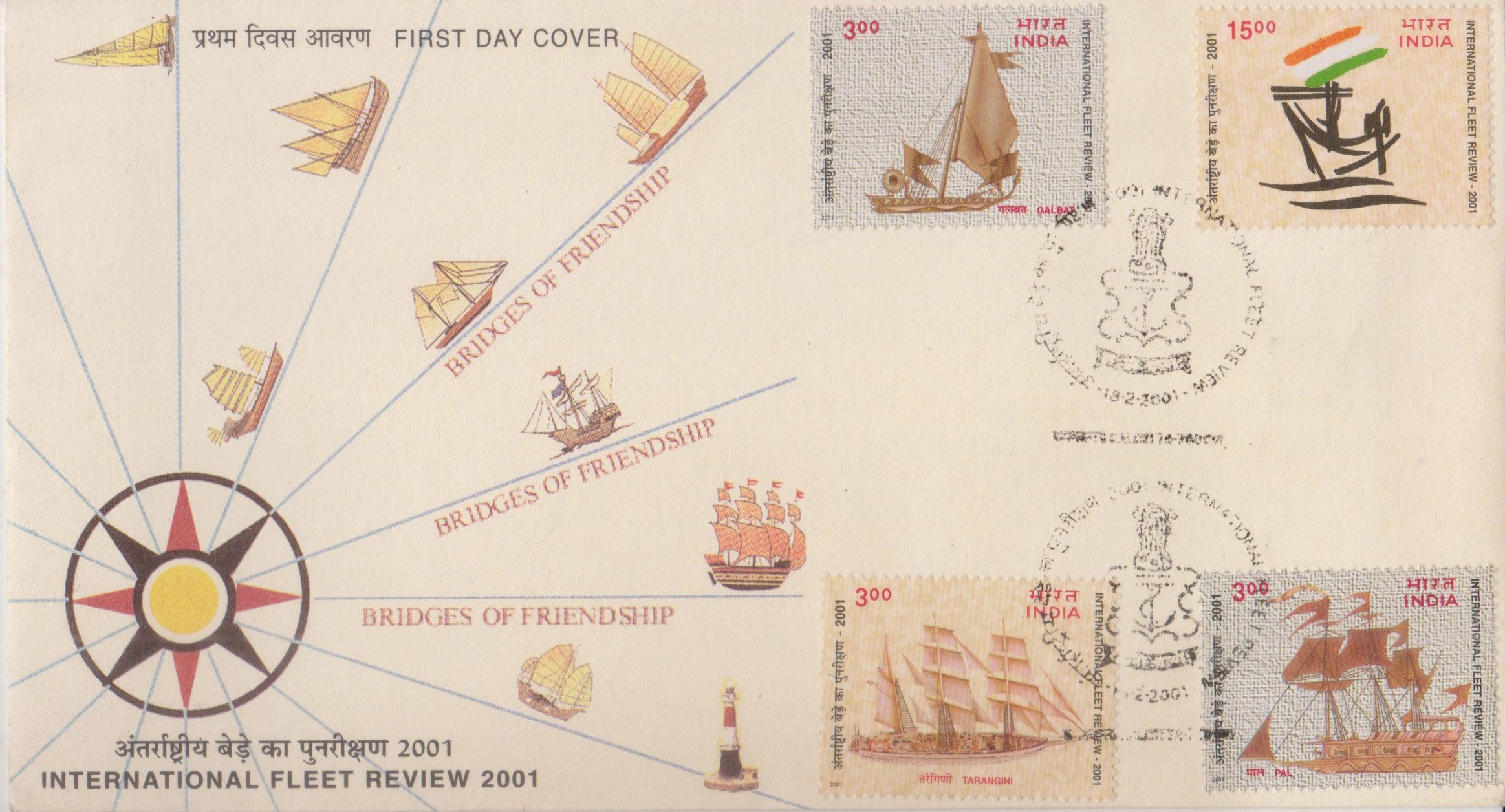 Issued for : The Department of Posts is privileged to issue a set of 4 stamps on 18th February 2001 to commemorate the event.

Design : The first stamp depicting the potsherd painting of a boat belonging to Mohanjodaro period, is part of the official logo of IFR-2001. The Pal and Galbat, two types of ships which have participated in the fleet Reviews of the Maratha Navy in the 18th century in the port of Ratnagiri are depicted in two of the stamps. The portrayals are from the painting of “Ships of the Maratha Period”, c. 18th Century. The ‘Pal’ was a three masted fighter with guns peeping on the broadsides. The fourth stamp shows the Sail training ship, Tarangini, of the Indian Navy, which will participate in the present review.

The First Day Cover has a symbolic representation of the wide participation of ships in the Review. The cancellation is the crest of the Indian Navy, the host of the IFR 2001, with its motto “Shan-no-Varuna” meaning “May the Ocean God – Varuna – be auspicious unto us”. The First Day Cover symbolically depicts various ships from different directions, a ‘Compass Rose’, the Colaba Light House of Mumbai as also the theme of the review.