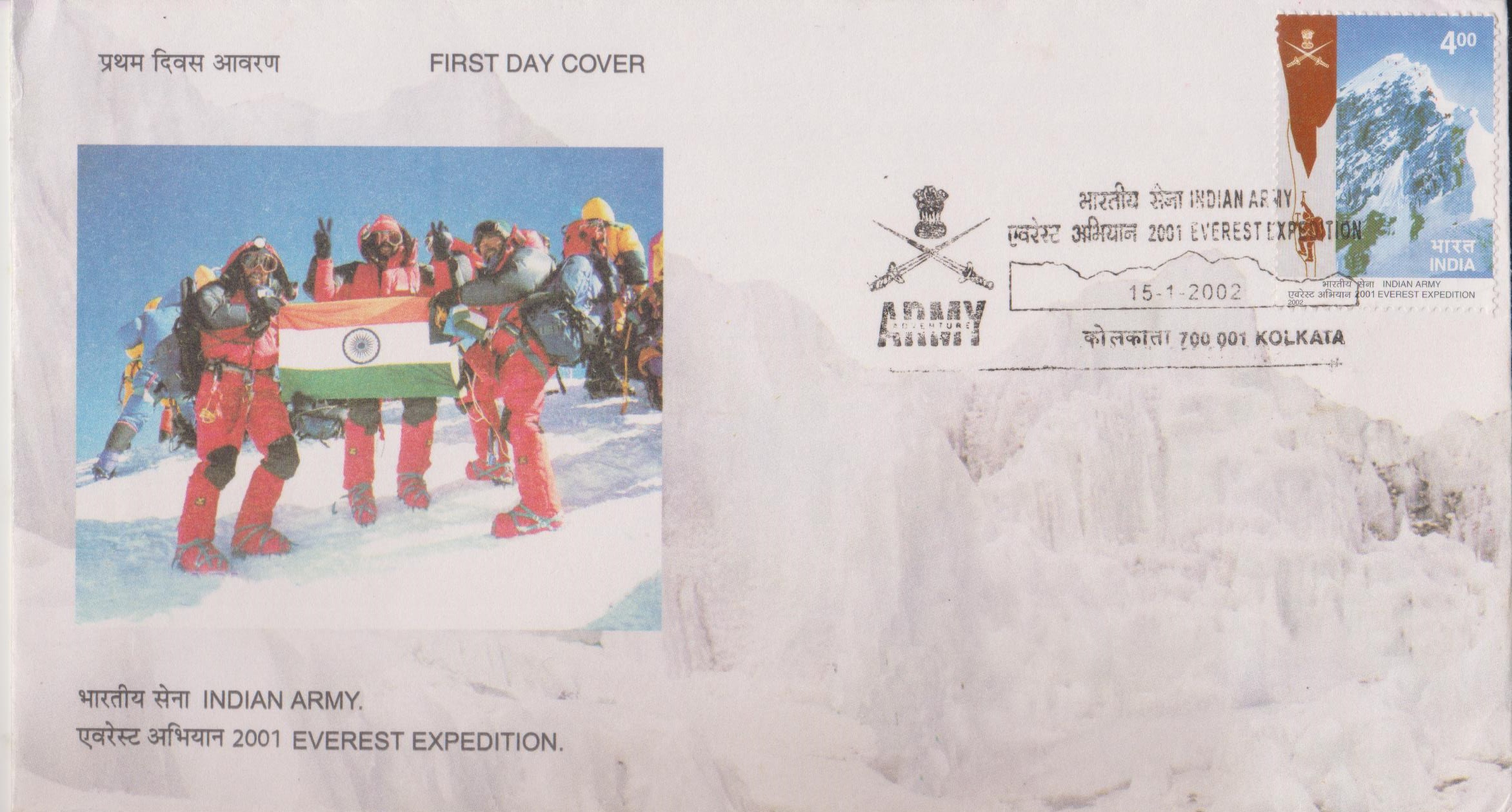 Issued for : The unique mountaineering feat has not only brought laurels to the Army but also glory to the nation. The Department of Posts salutes the qualities of courage, team spirit and perseverance fostered by the Indian Army which made this feat possible, and is happy to issue a postage stamp to commemorate the event.

Design : The first day cover depicts ‘the dreaded Khambu Icefall‘ in the background, alongside with a photograph of jubilant summiteers of the Indian Army atop Mount Everest in May, 2001.