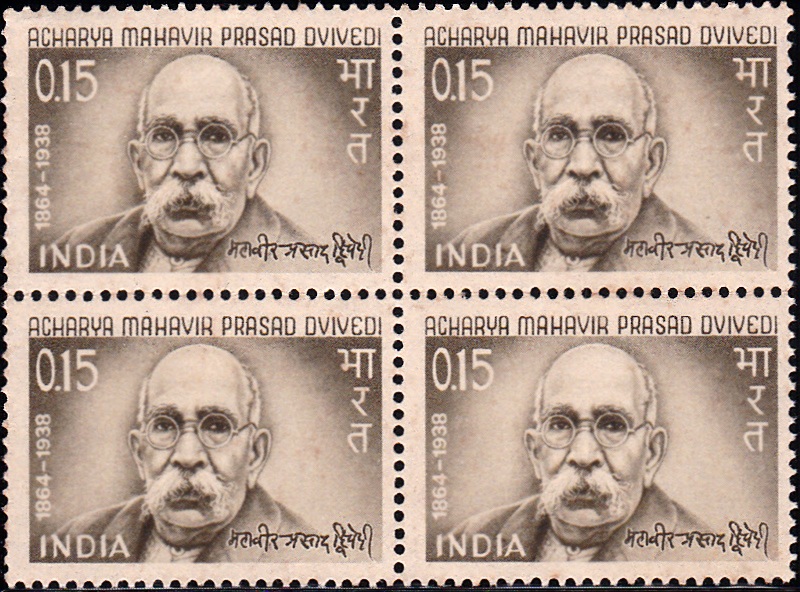 Issued for : The Indian Posts and Telegraphs Department brings out a special postage stamp on May 15, 1966, to honour the memory of Acharya Mahavir Prasad Dvivedi, one of the outstanding men of letters of modern India.