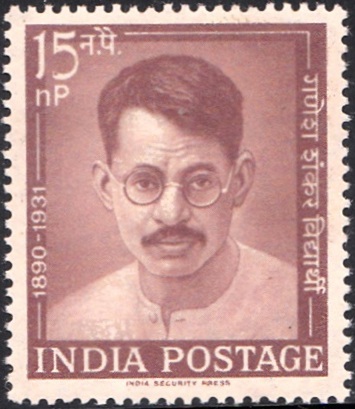 Issued for : The Posts and Telegraphs Department joins the country in paying the tribute to his memory by issuing a special postage stamp.