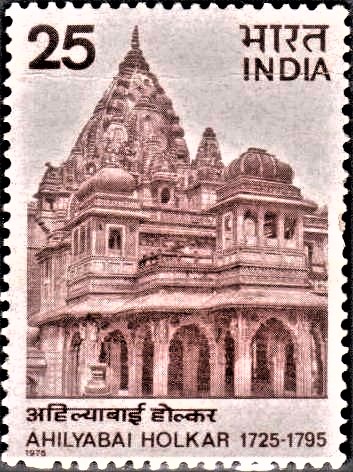 Issued for : The Posts and Telegraphs Department is privileged to bring out stamps in memory of two great personalities of India, Ahilyabai Holkar and Mir Anees.

Description of Design : The stamp design is vertical and shows a view of ‘Chhatri‘ of Devi Ahilyabai at Maheshwar (Madhya Pradesh).