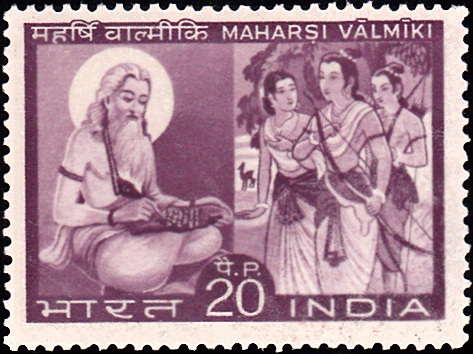 Issued for : The Posts and Telegraphs Department was happy to bring out a special commemorative stamp in honour of Maharsi Valmiki, the reputed author of the epic Ramayana, on the occasion of his Jayanti Celebration on the 14th October, 1970.

Design : The design of the stamp is horizontal and depicts Maharsi Valmiki and the main characters of Ramayana “Rama, Sita and Lakshman“.