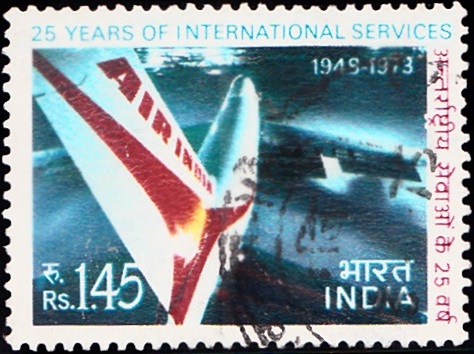 Issued for : To mark the silver jubilee of Air-India’s Overseas Operations a multicoloured stamp showing an exciting night shot from the tail end of the Boeing 747 was issued. The P & T Department consider it their privilege to commemorate this landmark in the life of the nation’s flag carrier.

Description of Design : The design of the stamp is horizontal and depicts an exciting night shot from the tail end of the Boeing-747.

Designed by : Adapted by the staff Artists of India Security Press from the original design submitted by AIR-INDIA.