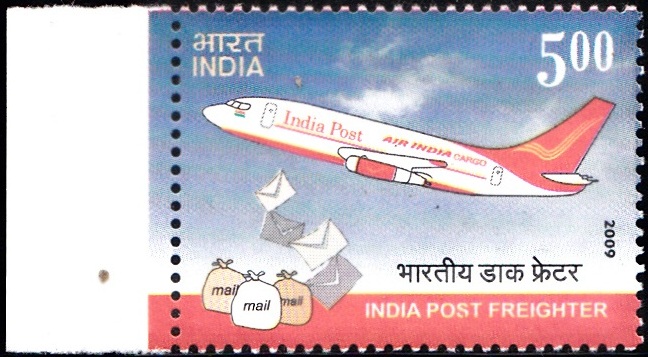 Issued for : The Department is proud to celebrate the India Post freighter through the issue of this postage stamp.