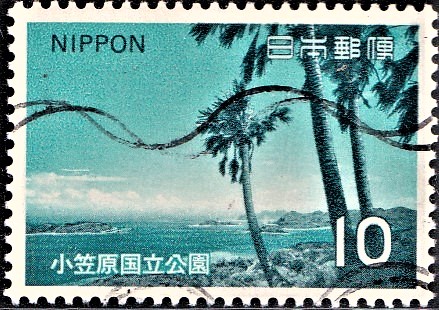 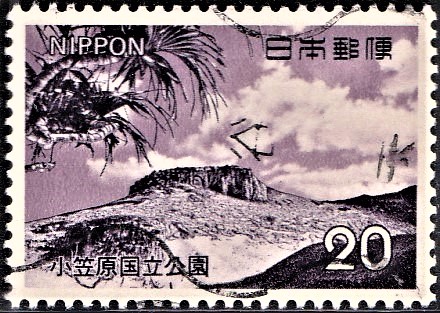 Issued for : As the 23rd of the national park series, 2 kinds of postage stamps, each showing the scenery of Ogasawara National Park, were issued on June 26, 1973, on occasion of the 5th Anniversary of the reversion of Ogasawara Islands to Japan.

Design : (A) Chichijima Beach and (B) Coral reef on Minami Island