A commemorative postage stamp on the 200th Anniversary of the American Revolution (United States Bicentennial), a colonial revolt by American Patriots from the Thirteen Colonies won independence from Great Britain, becoming United States of America : 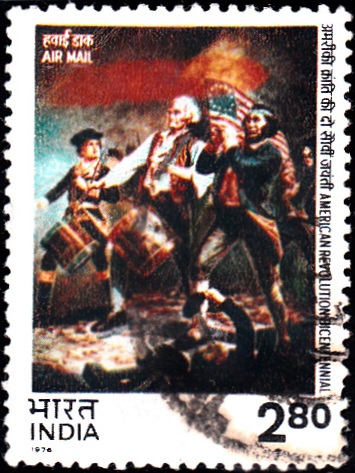 Issued for : The Posts and Telegraphs Department is happy to issue a special stamp commemorating the event.

Design : The stamp carries a reproduction of the famous painting, “Spirit of 1776” by Archibald M. Willard. This painting, which symbolizes the spirit of America‘s war of independence, now hangs in the Town Hall of Marblehead, Massachusetts.