A commemorative postage stamp on the Martyrs of the First War of Indian Independence, 1857 Revolution : 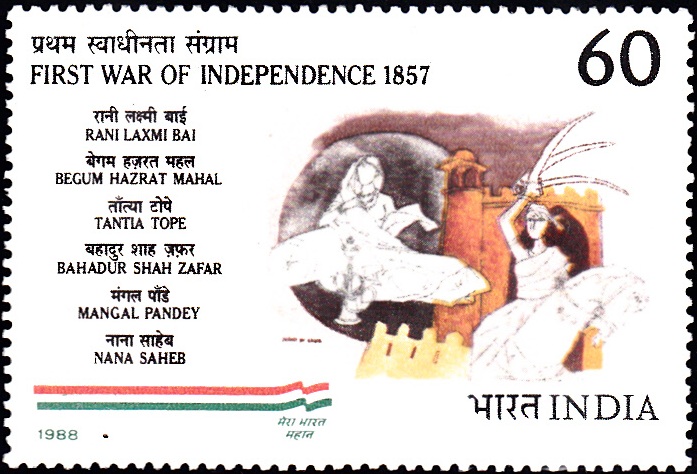 Issued for : The Department of Posts is happy to issue a stamp as a tribute to the memory of those who laid down their lives over 130 years ago.

Description of Designs : The stamp depicts M.F. Husain’s painting on Rani Lakshmi Bai, who was transformed from a queen leading a life of luxury to a warrior leading her armies into battle against injustice. The first day cover is a visual of the uprising of the Indian Sepoys, and the cancellation shows a sword held in a woman’s hand, depicting the idea that the First War of Independence reached even the homes and hearths of Indians. The first day cover is designed by Shri Sankha Samantha and cancellation by Smt. Nenu Gupta.