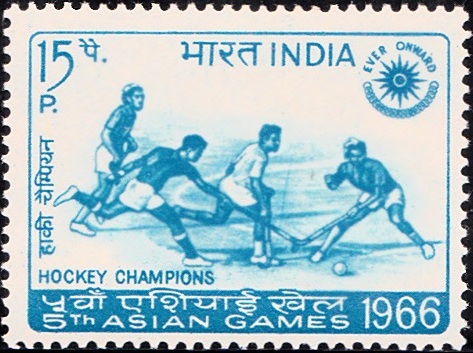 Issued for : As a tribute to the glorious success of the Indian hockey team in the Fifth Asian Games at Bangkok the Indian Posts and Telegraphs Department is to bring out a special commemorative stamp on the 31st December, 1966.