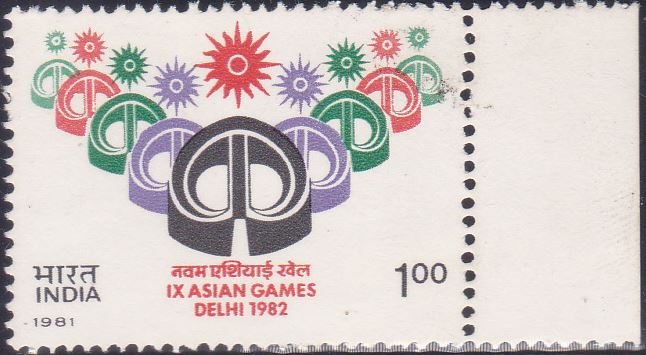 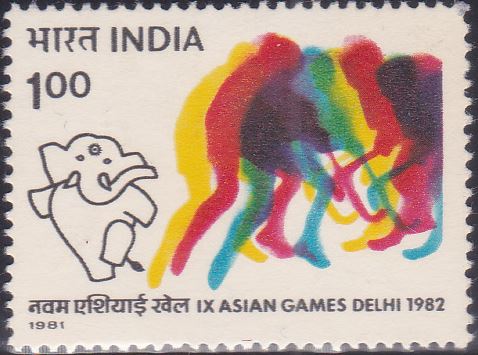 Issued for : New Delhi will host the IX Asian Games in 1982. To commemorate this momentous event, Indian Post & Telegraphs Department brought out a series of stamps during 1981 and 1982. The first set of two stamps in the series depict the Mascot and the Logo of the Games, Jantar Mantar (astronomical observatory) located in New Delhi has been graphically represented in the Logo of the Games. It was chosen for the reason that it is one of the unique monuments of the host City. Architecturally it is purely Indian and it represents the quest for knowledge and perfection. The Logo also incorporates the sun, symbol of Asian Games. The Mascot of the Games is a dancing Indian Elephant with the sun symbol of the Games as a Bindiya on its forehead.