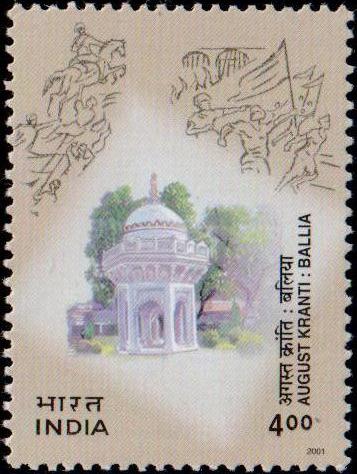 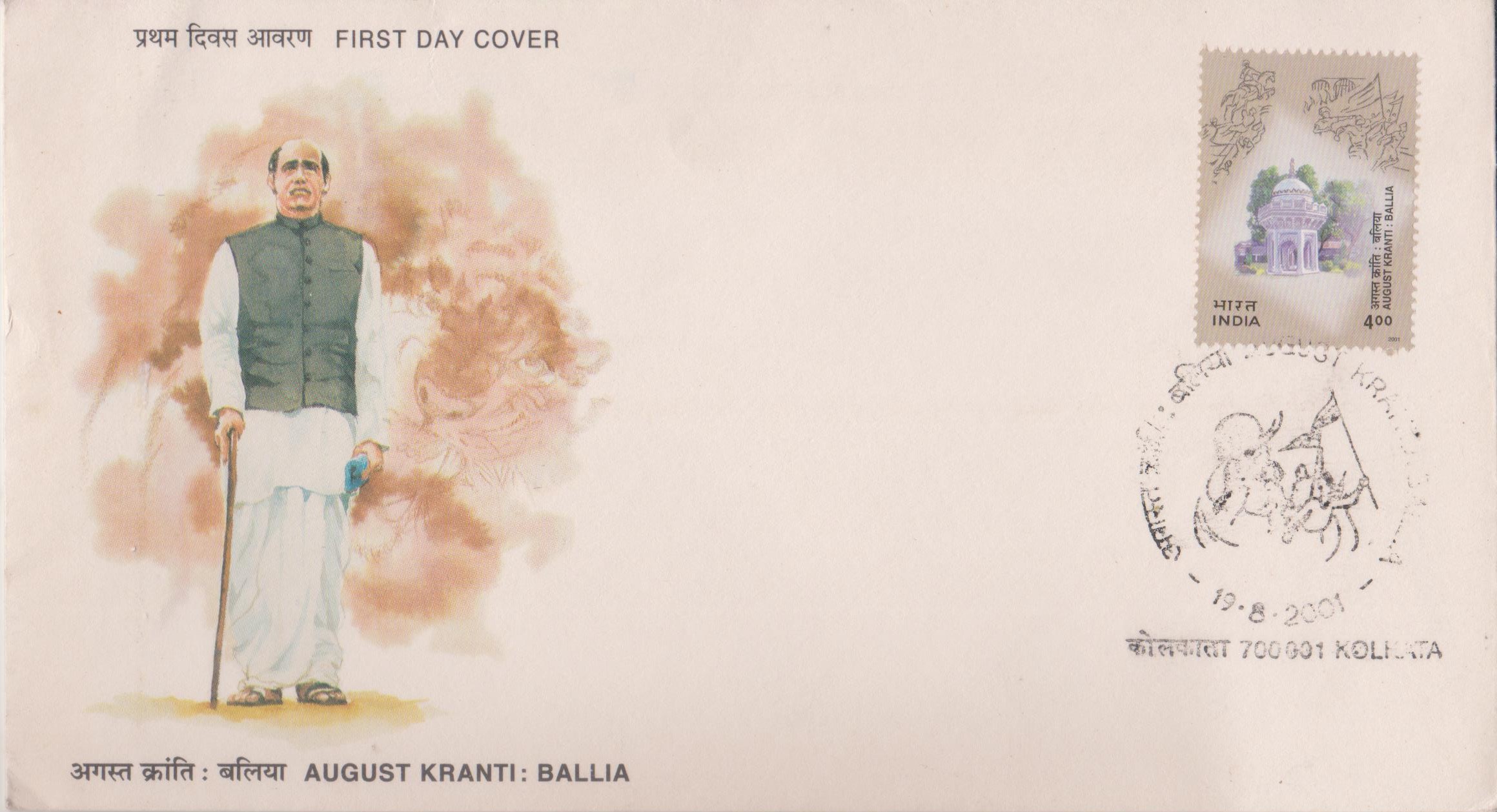 Issued for : The Department of Posts is proud to release a postage stamp commemorating the August Kranti of Ballia.

Design : The stamp carries a picture of the monument at Shaheed Park, Ballia. The first day cover carries an illustration of Chittu Pandey who led the ‘National Government’ in Ballia and became famous as the ‘Tiger of Ballia‘.