Complete Set of 4 nos. of commemorative postage stamp on the Buddha Mahotsav 2002 : 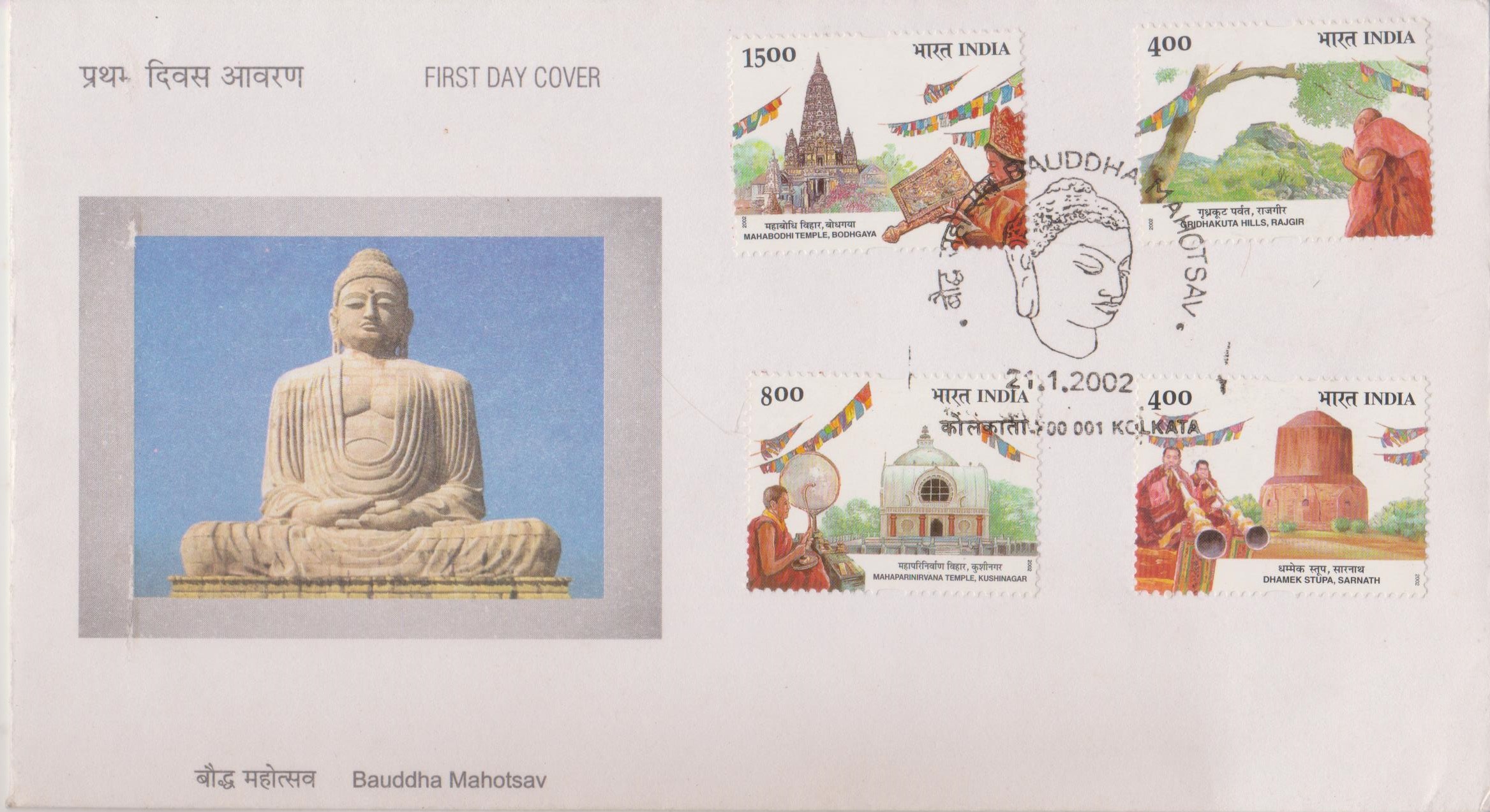 Issued for : The Department of Posts is happy to issue a set of four stamps on the Bauddha Mahotsav.

Design : The first day cover carries a picture of the imposing statue of Lord Buddha at Bodhgaya. The four stamps depict important landmarks of the ‘Buddhist Circuit‘ along with illustrations of festivities.

The first stamp shows the Mahabodhi temple located adjacent to the Mahabodhi tree at Bodhgaya. This magnificent temple dating back to the second century A.D. is an amalgamation of architectural features representing many cultures. The second stamp shows the Gridhakuta hills of Rajgir, from where the Lord had delivered many of his sermons. The third stamp depicts the Dhamek Stupa of Sarnath from where Lord Buddha is believed to have given his first sermon and the fourth, the Mahaparinirvana temple of Kushinagar where he is stated to have attained release from the endless cycle of birth and rebirth. The four stamps also carry pictures of prayers and festivities, in an attempt to capture the spirit of the Bauddha Mahotsav.