Complete Set of 2 nos of commemorative postage stamps on the Forts of Andhra Pradesh : 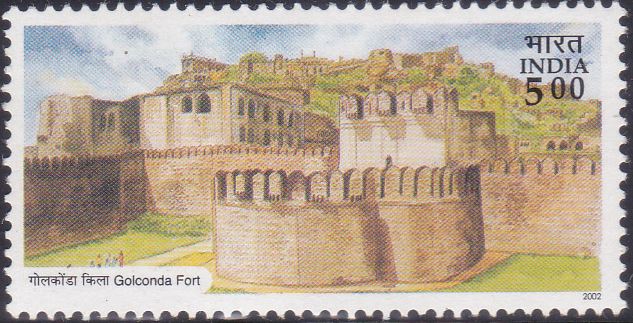 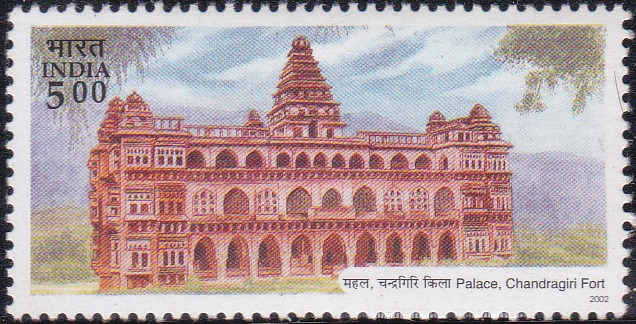 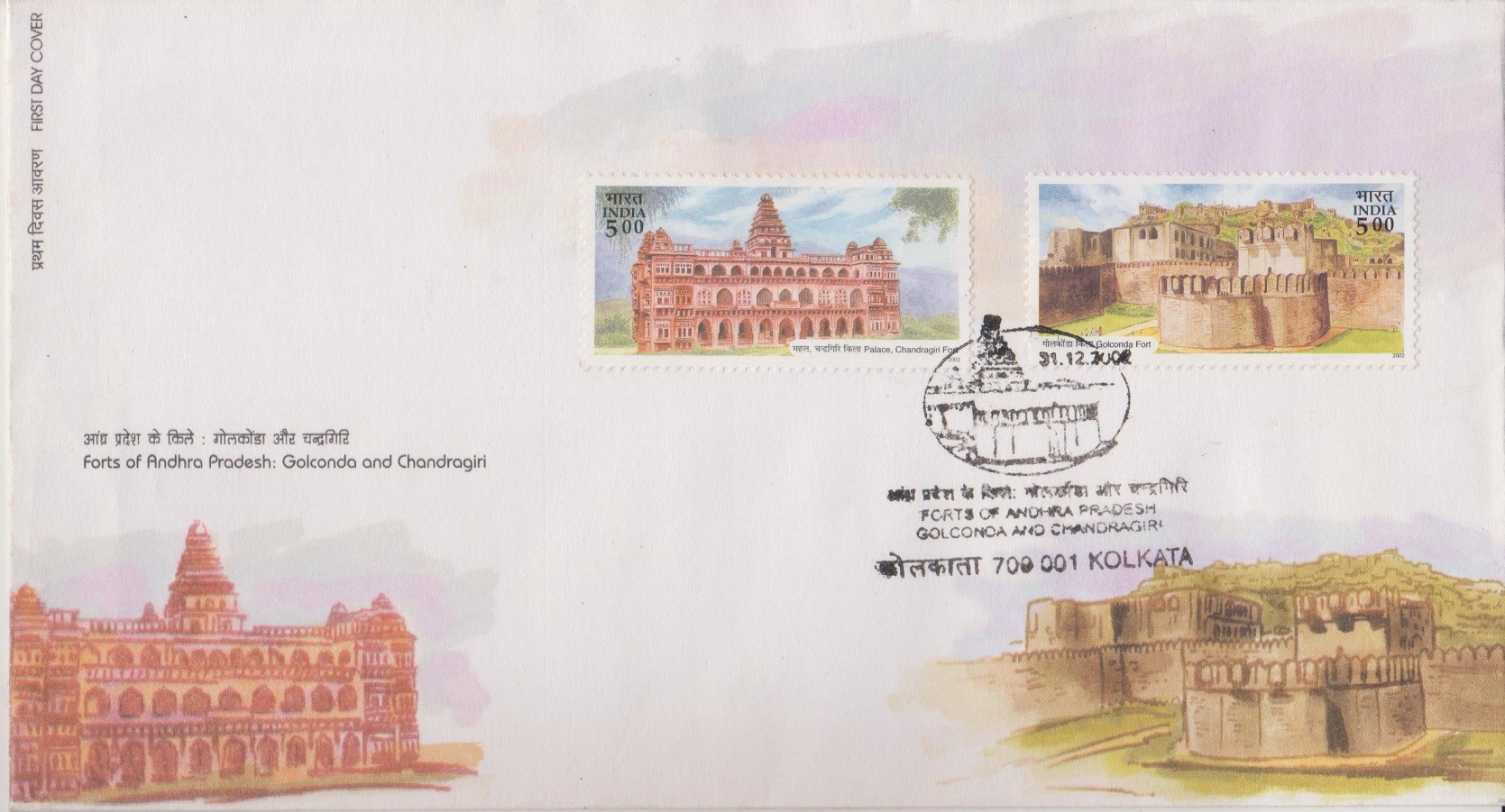 Issued for : A set of four stamps titled ‘Forts of India’ was issued on 3.8.1984. The Department of Posts now issues a set of two stamps on ‘Forts of Andhra Pradesh’, covering the forts at Golconda and Chandragiri.

Design : The two stamps depict a view of the Golconda fort and a picture of the palace at the Chandragiri fort, respectively.