A commemorative postage stamp on the 2500th Anniversary of 24th tirthankara of Jainism, Ativir Vardhamana‘s attainment of Nirvana : 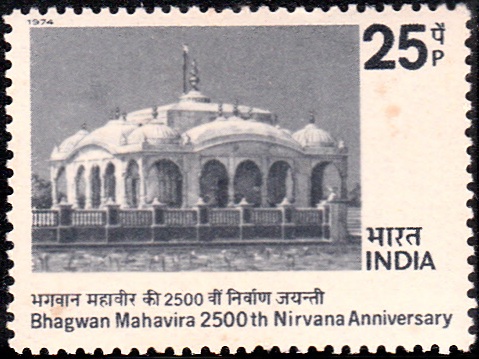 Issued for : The Posts and Telegraphs Department are privileged to pay homage to the memory of this great soul during the 25th Centenary year of his Nirvana by issuing a commemorative postage stamp.

Design : The temple at Pavapuri is adopted as the motif of the stamp.