A commemorative postage stamp on Bhai Jagta Ram Ji, a Sewapanthi, a traditional Sikh order and sect of philanthropism started by Bhai Kanhaiya : 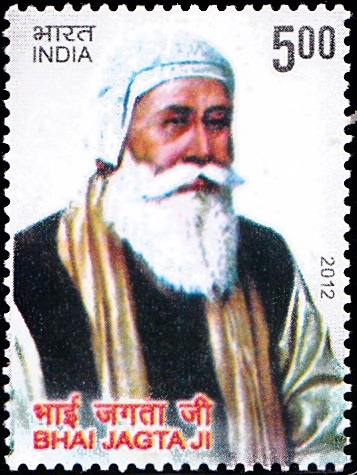 Issued for : The Department of Posts is honoured to issue a Commemorative Postage Stamp on Bhai Jagta Ji, a symbol of compassion and an epitome of the noblest virtues of the Sewa Panthi order.