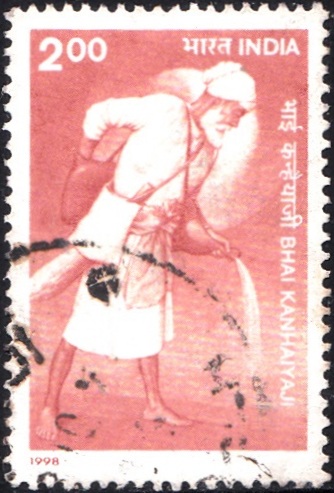 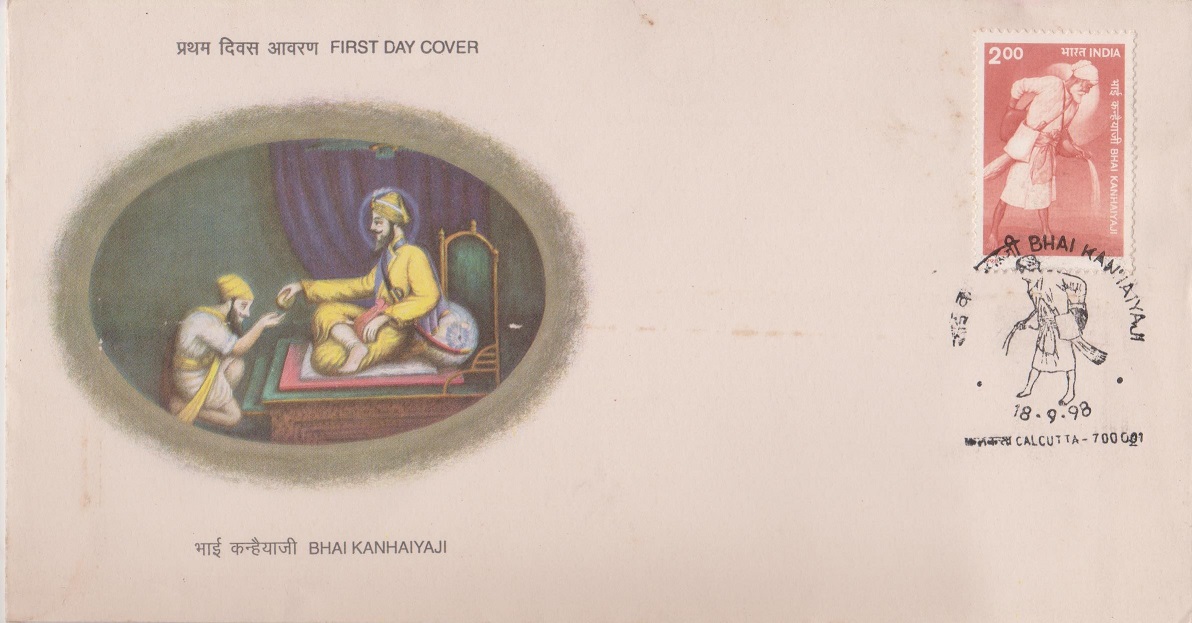 Issued for : The Department of Post is happy to issue a stamp in honour of Bhai Kanhaiyaji.

Credits :
Stamp : Based on souvenir released at the presentation of the “Bhai Kanhaiya Award”.
FDC : P.P. Rojouria
Cancellation : Alka Sharma