A commemorative postage stamp on the Boy‘s High School & College (BHS), an independent school in Prayagraj : 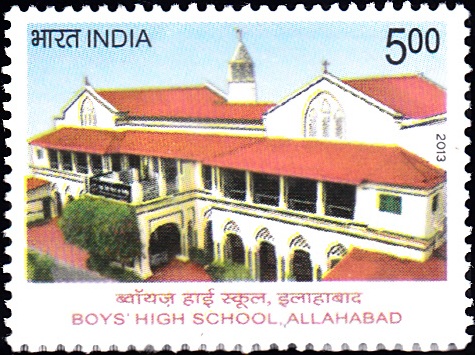 Issued for : Department of Posts is happy to commemorate the contribution of Boys’ High School, Allahabad in the field of education by issuing a Postage Stamp.