A Miniature Sheet consisting of 2 nos. of commemorative postage stamp on the Charka (Spinning Wheel), a device for spinning thread or yarn from fibres, a symbol of ‘Swaraj’ movement led by Mahatma Gandhi : 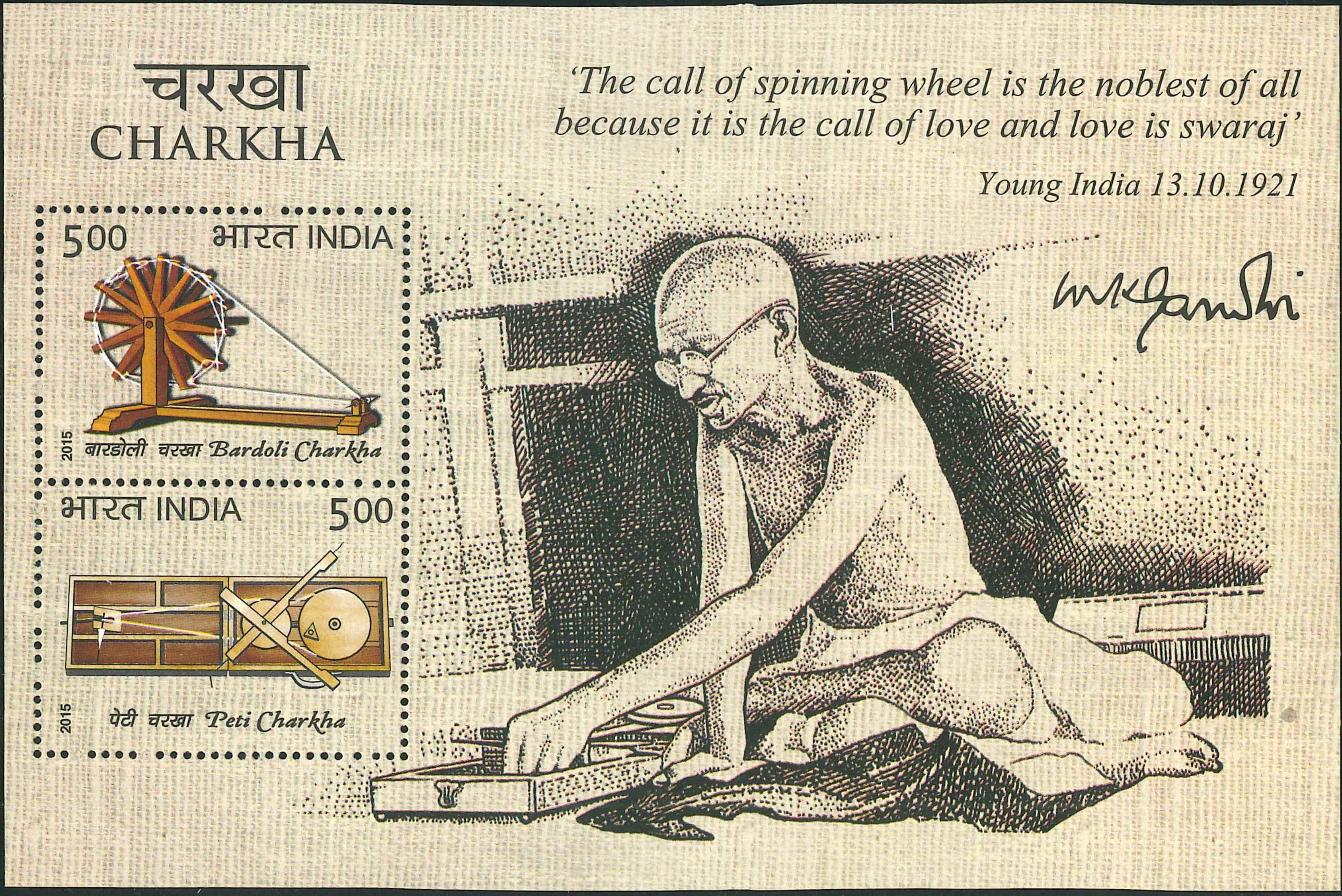 Design : This set of two stamps depicts the two kinds of Charkhas used by Mahatma Gandhi: The traditional Charkha and the portable version of the Charkha which was designed by Gandhiji while he was in Yeravda Jail.

One thought on “Charkha”