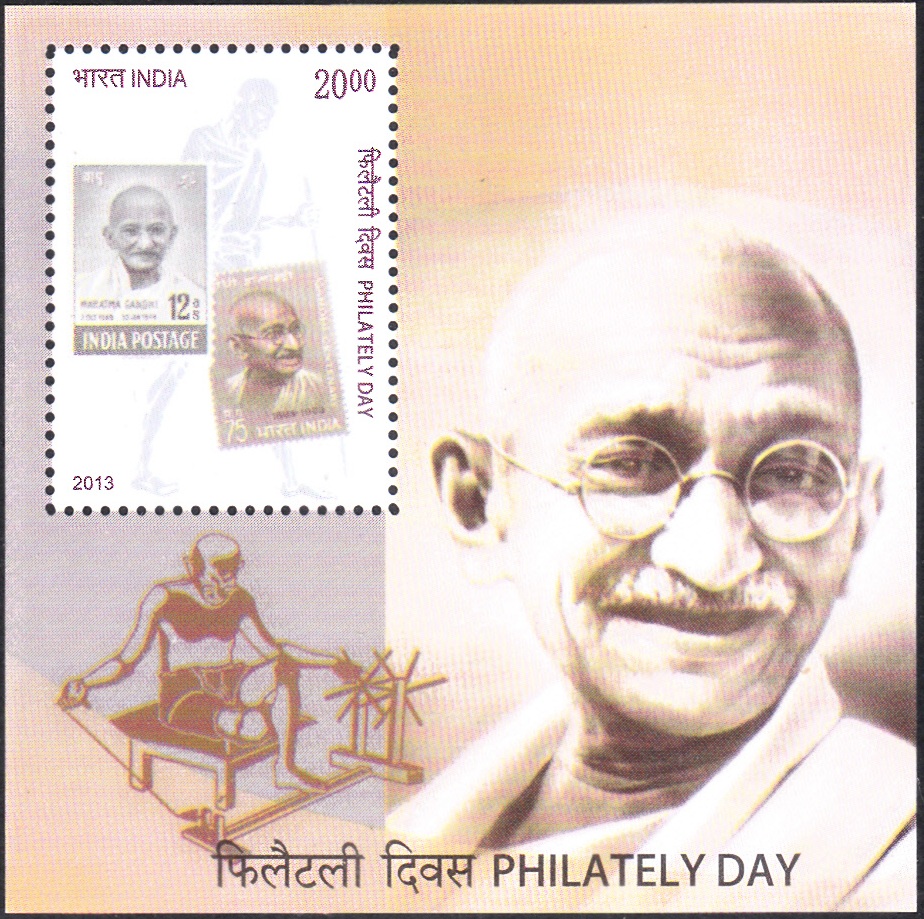 Issued for : Department of Posts reaffirms its commitment to the teachings and ideals of Mahatma Gandhi by issuing a Souvenir Sheet. On the occasion of ‘Philately Day’, Department of Posts is paying tribute to the most prominent and influential leader of our country, Mohandas Karamchand Gandhi, who has played a pivotal role in building a free and democratic India. His indelible contribution in India’s freedom struggle has inspired many generations and great leaders of humankind.

Design : The Souvenir sheet issued depicts Mahatma Gandhi with spinning wheel (Charkha) in the background as he propagated ‘Khadi’, a hand-woven cloth all through his life. The stamp on Souvenir sheet is a collage of two stamps issued by Department of Posts in 1948 and 1969. It also has in background a slightly modified version of a stamp issued on Mahatma Gandhi in 1969.