Complete set of 4 special postage stamps on the Antique Toys : 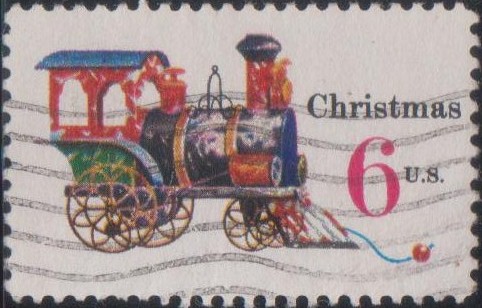 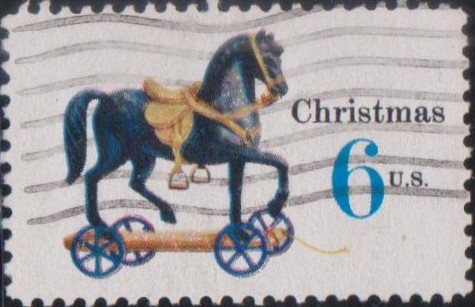 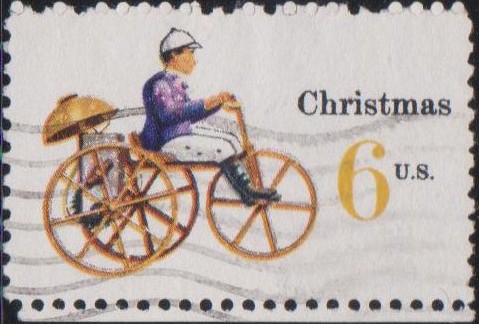 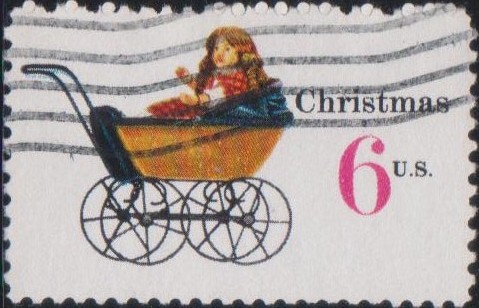 Issued for : These 6-cent Christmas stamps will be first placed on sale November 5, 1970 at Washington, D.C., in non-precanceled and precanceled forms.

Design : Each pictures a toy of yesterday. These 19th century bits of Americana are becoming prize collectors’ items and museum pieces. The four stamps, printed on the same sheet, were designed by Stevan Dohanos, of Westport, Connecticut, Chairman of the Citizens’ Stamp Advisory Committee.

The locomotive was adopted from artwork by Charles Hemming in the “Index of American Design“, a collection of the National Gallery of Art. The others are from “The Golden Age of Toys“, by Fondin and Remise. Red, yellow, blue and black are combined to produce the stamps.

Technical Details : They were printed by gravure at Guilford Gravure, Inc., Guilford, Connecticut, which was leased by the Bureau of Engraving and Printing, and was manned by Bureau personnel.