A commemorative postage stamp on the Indian Cricket Victories against West Indies and England in 1971 : 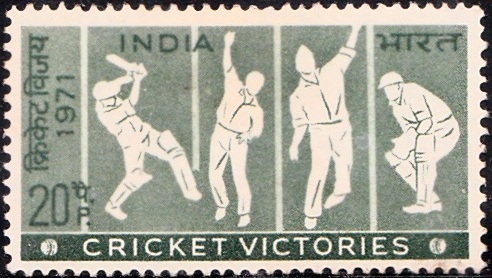 Issued for : The Indian P&T Department takes this opportunity to greet the victorious Indian team and its Captain and have great pleasure in commemorating these historic victories by bringing out a special stamp dedicated to the lovers of the game in India and elsewhere.

Description of Design : The design of the stamp is horizontal and depicts a cricketer in characteristic poses of batting, bowling and wicket-keeping.