A commemorative postage stamp on the 75th Birth Anniversary of Baba Saheb Ambedkar, 1st Minister of Law and Justice of India : 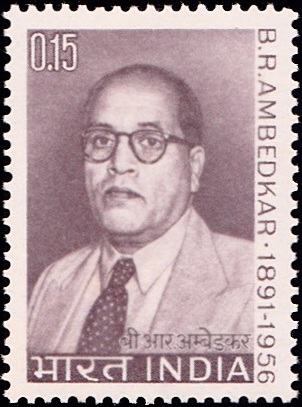 Issued for : His 75th birth anniversary falls on the 14th April 1966 and the P & T Department takes this opportunity to honour this great Indian by issuing a commemorative stamp.