A commemorative postage stamp on the Birth Centenary of Bharat Ratna Bhagwan Das, an Indian theosophist, founder of Kashi Vidyapith : 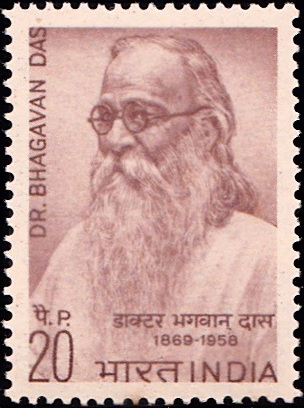 Issued for : This great son of India is no more, but the ideas which he expounded live on. The Indian P & T Department is happy to issue a special postage stamp in memory of the great philosopher on the occasion of his birth centenary.

Description of Design : The design of the Stamp is vertical and depicts a portrait of Dr. Bhagavan Das.