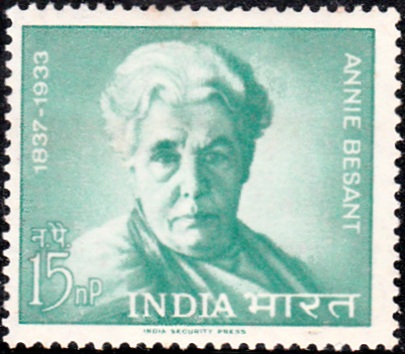 Issued for : The Indian Posts and Telegraphs Department has great pleasure in bringing out a special stamp to honour this great lady. [The Stamp is wrongly dated, gives birth date as 1837 instead of 1847.]