A commemorative postage stamp on the Birth Centenary of Abul Kalam Azad, 1st Minister of Education of Independent India (1947-58) : 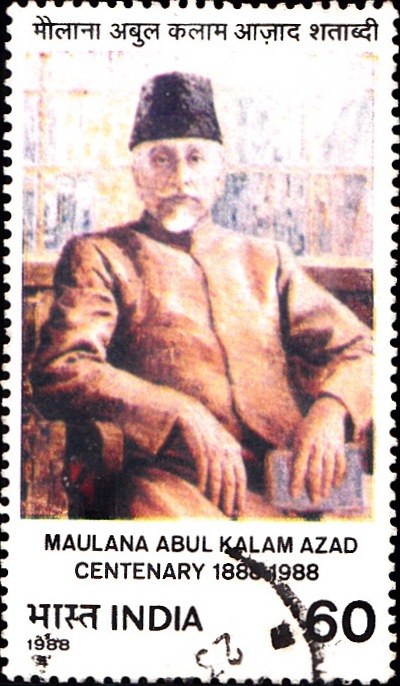 Description of Designs : The stamp design is obtained from the Indian Council for Cultural Relations and is based on a painting by K.K. Hebbar. The first-day cover is designed by Sankha Samantha and the cancellation by Alka Sharma.