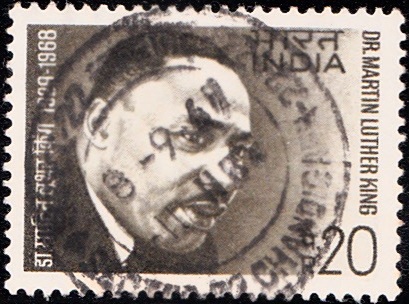 Issued for : India has honoured Dr. King by posthumously bestowing upon him the Nehru Award for International Understanding for 1966. The Indian Posts and Telegraphs Department feels privileged to pay its tribute to this great son of America, indeed of the world, by issuing a commemorative stamp in his honour. The issue coincides with the formal presentation of the Award to Mrs. King who has so graciously come over to this country to receive it

Description of Design : The design of the Stamp is horizontal and depicts a portrait of Dr. Martin Luther King.

One thought on “India on Dr. Martin Luther King”